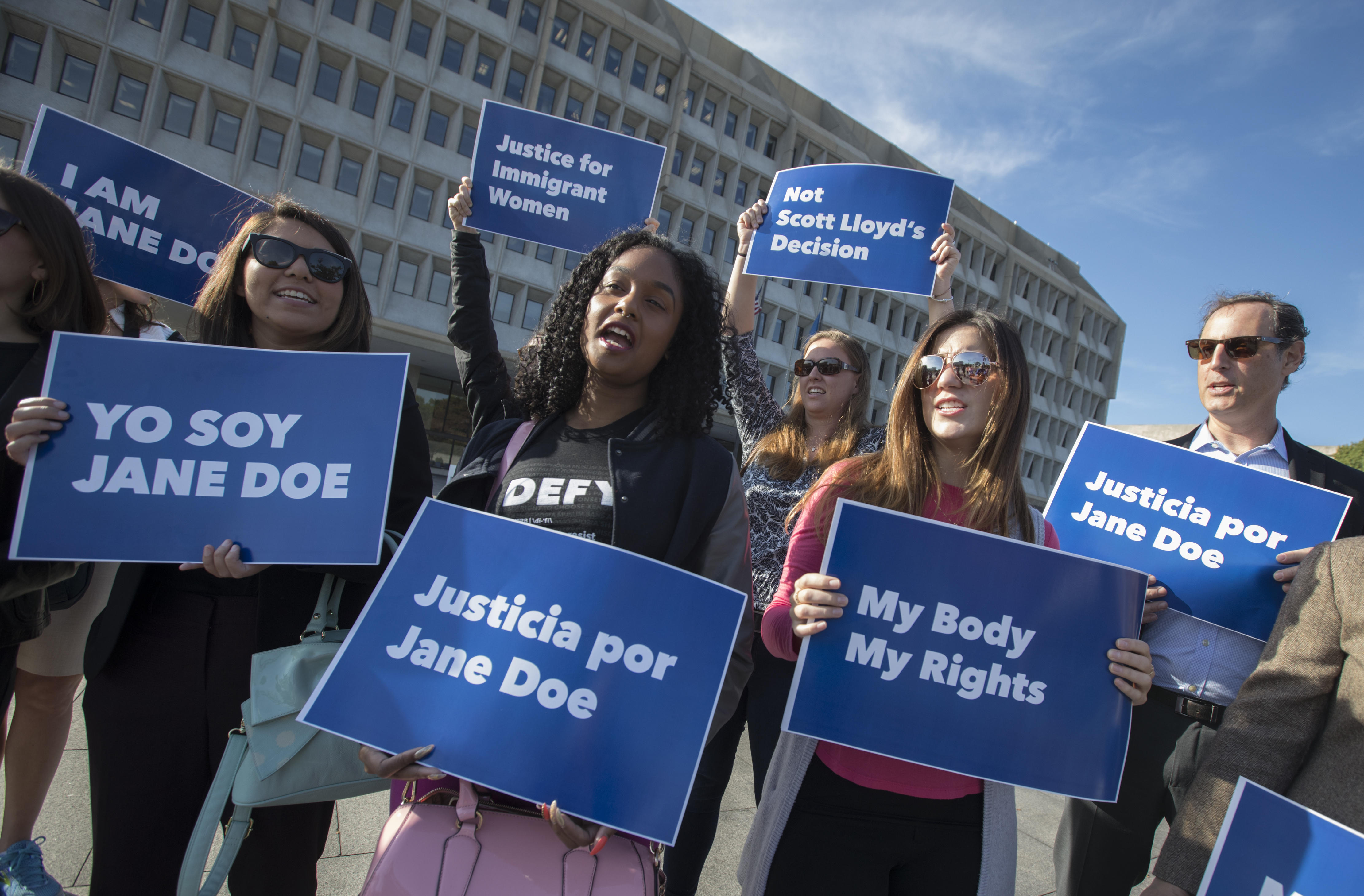 WASHINGTON -- A federal appeals court in Washington ruled Friday that the government should have more time to find a sponsor for a 17-year-old being held in a Texas facility for unaccompanied immigrant children who is seeking an abortion.

The court had wrestled Friday with whether the Trump administration must allow the girl to obtain an abortion. A three-judge panel of the U.S. Court of Appeals for the District of Columbia heard arguments lasting over an hour in the case.

The American Civil Liberties Union (ACLU) responded to the court's order on Twitter Friday, calling it a "dangerous decision."

A lawyer arguing on behalf of the teen told the judges that all the government needs to do is "get out of the way." The teen, whose name and country of origin have been withheld because she's a minor, is believed to be about 15 weeks pregnant. She has already waited for several weeks while her case has gone through the legal system, her lawyer said.

Trump administration lawyer Catherine Dorsey told the judges Friday that the U.S. Department of Health and Human Services, which is responsible for sheltering children who illegally enter the country unaccompanied by a parent, has a policy of "refusing to facilitate" abortions and that releasing the teen would require arranging a transfer of custody and follow-up care.

Dorsey said the teen can ask to be returned to her home country, which her lawyers have said is in Central America. Asked whether the teen's home country permits abortions, Dorsey said no. The teen could also be released into the custody of a so-called adult sponsor, such as a relative in the United States.

Judge Brett Kavanaugh, who was appointed by George W. Bush, suggested that releasing the teen to a sponsor would seem to be the best option. That, he said, would get the teen out of the facility where she is being held, allow her to obtain an abortion and leave the government out of it. Brigitte Amiri, a lawyer for the ACLU representing the girl, said that a sponsor hadn't yet been found and that the process could take months.

Kavanaugh also pointed out that adult women in immigration detention centers who are pregnant have access to abortions, a difference from juveniles. Told that the considerations are different for adults, Kavanaugh asked, "Why?"

Judge Patricia Millett, who was appointed by President Barack Obama, indicated she believed the government should be required to allow the girl to obtain an abortion. The third judge on the panel, George H.W. Bush-appointee Karen Henderson, participated by phone but asked few questions.

A federal trial court judge ruled for the teen earlier this week, but the government appealed. The appeals court permitted the teen to obtain required pre-abortion counseling on Thursday. Texas requires women seeking an abortion to meet with the doctor who will perform the procedure a day beforehand.

Jane's Due Process, a Texas group that works with pregnant minors seeking an abortion, says it and other local groups have raised money to pay for the procedure. An attorney appointed to represent the teen's interests has said she can transport the teen to and from appointments.