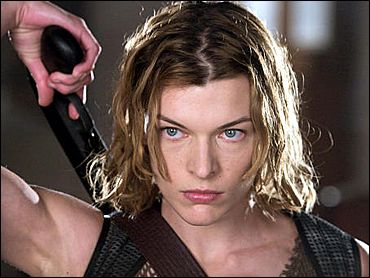 Zombies lived again at the weekend box office as "Resident Evil: Apocalypse" debuted at No. 1 with $23.7 million, the latest in a line of flicks about the undead to seize moviegoers' imaginations.

The sequel to 2002s "Resident Evil," based on a video game series about shooting apart shuffling, bio-poisoned zombie attackers, came after hits like last year's remake of "Dawn of the Dead" and the zombie art-house thriller "28 Days Later," which revived the genre.

It was a slow week for new releases as youngsters returned to school, and the big-budget blockbusters of summer evaporated in favor of more B-movie-style thrillers and monster movies.

The suspense drama "Cellular," with Kim Basinger as a kidnapping victim who makes a random phone call to a cell phone and pleads with the stranger to find her, opened at No. 2 with $10.6 million.

"Resident Evil: Apocalypse" stars Milla Jovovich as Alice, a bath-towel wearing, butt-kicking security chief who tries to help a group of survivors escape a zombified metropolis before the city of ghouls is annihilated by a nuclear strike.

With its miniskirted heroines and gooey guts-a-plenty, "Apocalypse" appealed mainly to guys under the age of 25.

"Certainly this is an adaptation from a game, so it has its own audience. The zombies aspect of it is just fun," said Rory Bruer, distribution chief for Sony, which released the film.

He also credited the marketing campaign, which featured early teaser trailers that had little to do with the action-horror theme. One was a mellow, gauzy ad for a genetically engineered moisturizing lotion that promises to regenerate dead skin cells - the very product that causes all the mayhem in the films. Only during the end of the trailer, as a voice-over details the side-effects, does it reveal that becoming a zombie is one of the unfortunate drawbacks.

"These movies come out of nowhere and do big business and everybody is caught off guard, but we really shouldn't be," said Dergarabedian. "These horror thrillers always make a killing at the box office. They're not trying to woo the critics with this move. It's about commerce."

The rest of the top 10 were holdovers from previous weeks.

"Napoleon Dynamite," a weird little independent comedy about a weird little guy and his friends, was notable for hanging in at No. 9 after 14 weeks in theaters. Most movies drop out after about three weeks, but this one from freshman director Jared Hess cost about $400,000 to make and so far has earned $30.4 million.

Ticket sales were down overall, with the top 12 movies grossing $64.7 million. That's about 11 percent lower than the same weekend last year, when "Once Upon a Time in Mexico" led the box office.

Estimated ticket sales for Friday through Sunday at North American theaters, according to Exhibitor Relations Co. Inc., are: 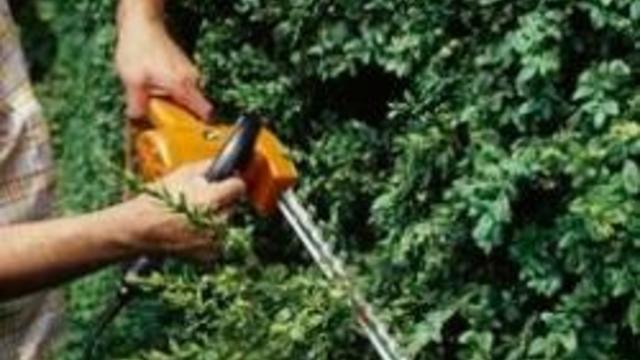