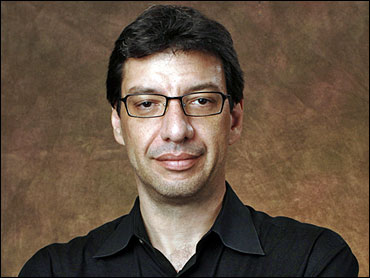 Over the last decade, the drinking water at thousands of schools across the country has been found to contain unsafe levels of lead, pesticides and dozens of other toxins.

An Associated Press investigation found that contaminants have surfaced at public and private schools in all 50 states - in small towns and inner cities alike.

But the problem has gone largely unmonitored by the federal government, even as the number of water safety violations has multiplied.

"It's an outrage," said Marc Edwards, an engineer at Virginia Tech who has been honored for his work on water quality. "If a landlord doesn't tell a tenant about lead paint in an apartment, he can go to jail. But we have no system to make people follow the rules to keep school children safe?"

The contamination is most apparent at schools with wells, which represent 8 to 11 percent of the nation's schools. Roughly one of every five schools with its own water supply violated the Safe Drinking Water Act in the past decade, according to data from the Environmental Protection Agency analyzed by the AP.

In California's farm belt, wells at some schools are so tainted with pesticides that students have taken to stuffing their backpacks with bottled water for fear of getting sick from the drinking fountain.

Experts and children's advocates complain that responsibility for drinking water is spread among too many local, state and federal agencies, and that risks are going unreported. Finding a solution, they say, would require a costly new national strategy for monitoring water in schools.

Schools with unsafe water represent only a small percentage of the nation's 132,500 schools. And the EPA says the number of violations spiked over the last decade largely because the government has gradually adopted stricter standards for contaminants such as arsenic and some disinfectants.

Many of the same toxins could also be found in water at homes, offices and businesses. But the contaminants are especially dangerous to children, who drink more water per pound than adults and are more vulnerable to the effects of many hazardous substances.

"There's a different risk for kids," said Cynthia Dougherty, head of the EPA's Office of Groundwater and Drinking Water.

Still, the EPA does not have the authority to require testing for all schools and can only provide guidance on environmental practices.

In recent years, students at a Minnesota elementary school fell ill after drinking tainted water. A young girl in Seattle got sick, too.

The AP analyzed a database showing federal drinking water violations from 1998 to 2008 in schools with their own water supplies. The findings:

- Those schools and districts racked up more than 5,550 separate violations. In 2008, the EPA recorded 577 violations, up from 59 in 1998 - an increase that officials attribute mainly to tougher rules.

- Nearly half the violators in California were repeat offenders. One elementary school in Tulare County, in the farm country of the Central Valley, broke safe-water laws 20 times.

- The most frequently cited contaminant was coliform bacteria, followed by lead and copper, arsenic and nitrates.

The AP analysis has "clearly identified the tip of an iceberg," said Gina Solomon, a San Francisco physician who serves on an EPA drinking water advisory board. "This tells me there is a widespread problem that needs to be fixed because there are ongoing water quality problems in small and large utilities, as well."

Schools with wells are required to test their water and report any problems to the state, which is supposed to send all violations to the federal government.

But EPA officials acknowledge the agency's database of violations is plagued with errors and omissions. And the agency does not specifically monitor incoming state data on school water quality.

Critics say those practices prevent the government from reliably identifying the worst offenders - and carrying out enforcement.

Scientists say the testing requirements fail to detect dangerous toxins such as lead, which can wreak havoc on major organs and may retard children's learning abilities.

"There is just no excuse for this. Period," said California Sen. Barbara Boxer, Democratic chairwoman of the Senate Committee on Environment and Public Works. "We want to make sure that we fix this problem in a way that it will never happen again, and we can ensure parents that their children will be safe."

The problem goes beyond schools that use wells. Schools that draw water from public utilities showed contamination, too, especially older buildings where lead can concentrate at higher levels than in most homes.

In schools with lead-soldered pipes, the metal sometimes flakes off into drinking water. Lead levels can also build up as water sits stagnant over weekends and holidays.

Schools that get water from local utilities are not required to test for toxins because the EPA already regulates water providers. That means there is no way to ensure detection of contaminants caused by schools' own plumbing.

But voluntary tests in Washington, Baltimore, Philadelphia, Seattle and Los Angeles have found dangerous levels of lead in recent years. And experts warn the real risk to schoolchildren is going unreported.

"I really suspect the level of exposure to lead and other metals at schools is underestimated," said Michael Schock, a corrosion expert with the EPA in Cincinnati. "You just don't know what is going on in the places you don't sample."

Since 2004, the agency has been asking states to increase lead monitoring. As of 2006, a survey by the Centers for Disease Control and Prevention found nearly half of all schools nationwide do not test their water for lead.

Because contaminant levels in water can vary from drinking fountain to drinking fountain, and different children drink different amounts of water, epidemiologists often have trouble measuring the potential threats to children's health.

But children have suffered health problems attributed to school water:

- In 2001, 28 children at a Worthington, Minn., elementary school experienced severe stomach aches and nausea after drinking water tainted with lead and copper, the result of a poorly installed treatment system.

- In Seattle several years ago, a 6-year-old girl suffered stomach aches and became disoriented and easily exhausted. The girl's mother asked her daughter's school to test its water, and also tested a strand of her daughter's hair. Tests showed high levels of copper and lead, which figured into state health officials' decision to phase-in rules requiring schools to test their water for both contaminants.

Many school officials say buying bottled water is less expensive than fixing old pipes. Baltimore, for instance, has spent more than $2.5 million on bottled water over the last six years.

In California, the Department of Public Health has given out more than $4 million in recent years to help districts overhaul their water systems.

But school administrators in the farmworker town of Cutler cannot fix chronic water problems at Lovell High School because funding is frozen due to the state's budget crisis.

Signs posted above the kitchen sink warn students not to drink from the tap because the water is tainted with nitrates, a potential carcinogen, and DBCP, a pesticide scientists say may cause male sterility.

As gym class ended one morning, thirsty basketball players crowded around a five-gallon cooler, the only safe place to get a drink on campus.

"The teachers always remind us to go to the classroom and get a cup of water from the cooler," said sophomore Israel Aguila. "But the bathroom sinks still work, so sometimes you kind of forget you can't drink out of them."