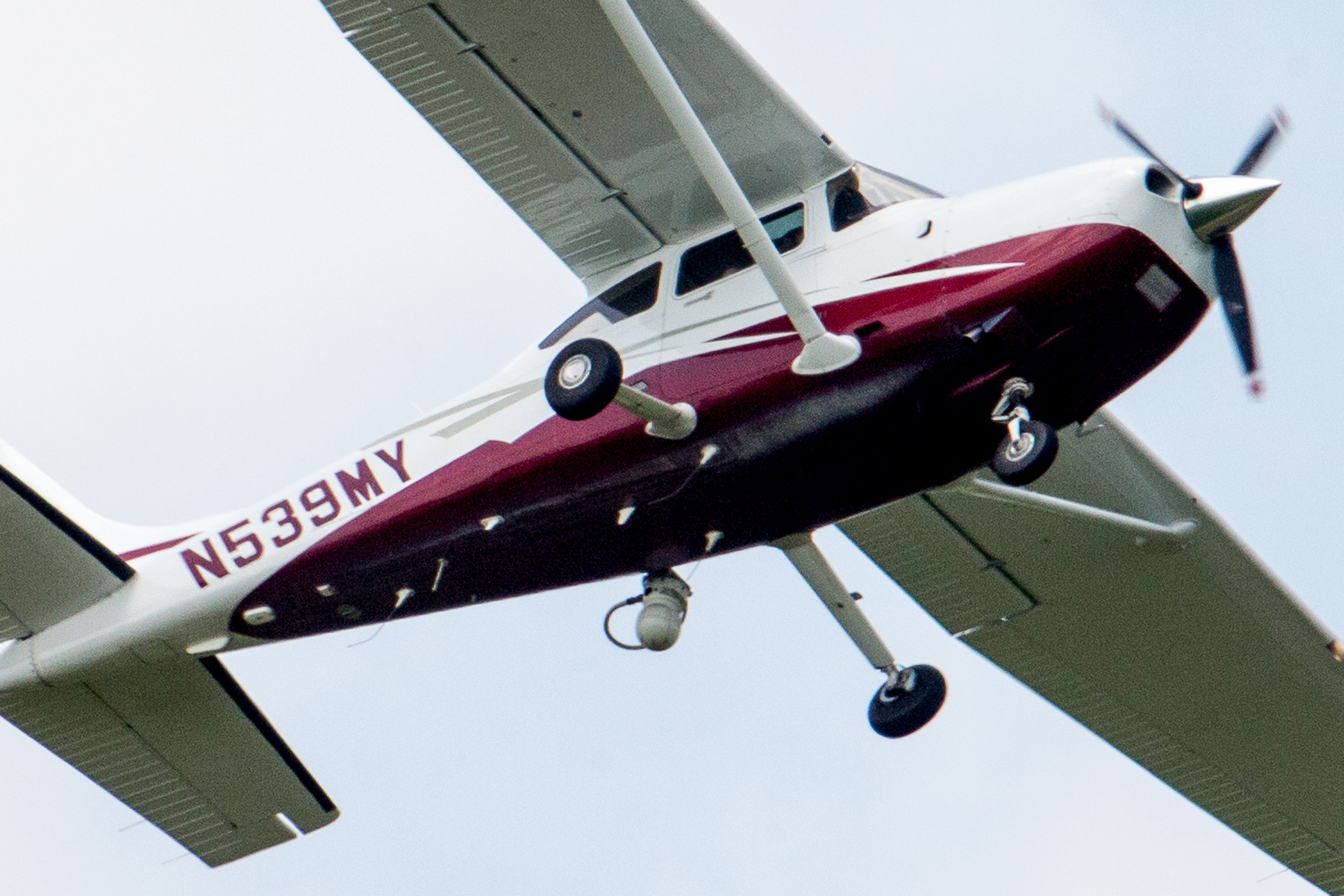 WASHINGTON -- The FBI is operating a small air force with scores of low-flying planes across the U.S. carrying video and, at times, cellphone surveillance technology - all hidden behind fictitious companies that are fronts for the government, The Associated Press has learned.

The planes' surveillance equipment is generally used without a judge's approval, and the FBI said the flights are used for specific, ongoing investigations. The FBI said it uses front companies to protect the safety of the pilots and aircraft. It also shields the identity of the aircraft so that suspects on the ground don't know they're being watched by the FBI.

In a recent 30-day period, the agency flew above more than 30 cities in 11 states across the country, an AP review found.

Aerial surveillance represents a changing frontier for law enforcement, providing what the government maintains is an important tool in criminal, terrorism or intelligence probes. But the program raises questions about whether there should be updated policies protecting civil liberties as new technologies pose intrusive opportunities for government spying.

U.S. law enforcement officials confirmed for the first time the wide-scale use of the aircraft, which the AP traced to at least 13 fake companies, such as FVX Research, KQM Aviation, NBR Aviation and PXW Services.

Even basic aspects of the program are withheld from the public in censored versions of official reports from the Justice Department's inspector general.

The FBI also has been careful not to reveal its surveillance flights in court documents.

"The FBI's aviation program is not secret," spokesman Christopher Allen said in a statement. "Specific aircraft and their capabilities are protected for operational security purposes." Allen added that the FBI's planes "are not equipped, designed or used for bulk collection activities or mass surveillance."

But the planes can capture video of unrelated criminal activity on the ground that could be handed over for prosecutions.

Some of the aircraft can also be equipped with technology that can identify thousands of people below through the cellphones they carry, even if they're not making a call or in public. Officials said that practice, which mimics cell towers and gets phones to reveal basic subscriber information, is rare.

Details confirmed by the FBI track closely with published reports since at least 2003 that a government surveillance program might be behind suspicious-looking planes slowly circling neighborhoods. The AP traced at least 50 aircraft back to the FBI, and identified more than 100 flights since late April orbiting both major cities and rural areas.

One of the planes, photographed in flight last week by the AP in northern Virginia, bristled with unusual antennas under its fuselage and a camera on its left side. A federal budget document from 2010 mentioned at least 115 planes, including 90 Cessna aircraft, in the FBI's surveillance fleet.

The FBI also occasionally helps local police with aerial support, such as during the recent disturbance in Baltimore that followed the death of 25-year-old Freddie Gray, who sustained grievous injuries while in police custody. Those types of requests are reviewed by senior FBI officials.

The surveillance flights comply with agency rules, an FBI spokesman said. Those rules, which are heavily redacted in publicly available documents, limit the types of equipment the agency can use, as well as the justifications and duration of the surveillance.

Details about the flights come as the Justice Department seeks to navigate privacy concerns arising from aerial surveillance by unmanned aircrafts, or drones. President Barack Obama has said he welcomes a debate on government surveillance, and has called for more transparency about spying in the wake of disclosures about classified programs.

"These are not your grandparents' surveillance aircraft," said Jay Stanley, a senior policy analyst with the American Civil Liberties Union, calling the flights significant "if the federal government is maintaining a fleet of aircraft whose purpose is to circle over American cities, especially with the technology we know can be attached to those aircraft."

Evolving technology can record higher-quality video from long distances, even at night, and can capture certain identifying information from cellphones using a device known as a "cell-site simulator" - or Stingray, to use one of the product's brand names. These can trick pinpointed cellphones into revealing identification numbers of subscribers, including those not suspected of a crime.

After The Washington Post revealed flights by two planes circling over Baltimore in early May, the AP began analyzing detailed flight data and aircraft-ownership registrations that shared similar addresses and flight patterns. That review found some FBI missions circled above at least 40,000 residents during a single flight over Anaheim, California, in late May, according to Census data and records provided by the website FlightRadar24.com.

The FBI asked the AP not to disclose the names of the fake companies it uncovered, saying that would saddle taxpayers with the expense of creating new cover companies to shield the government's involvement, and could endanger the planes and integrity of the surveillance missions. The AP declined the FBI's request because the companies' names - as well as common addresses linked to the Justice Department - are listed on public documents and in government databases.