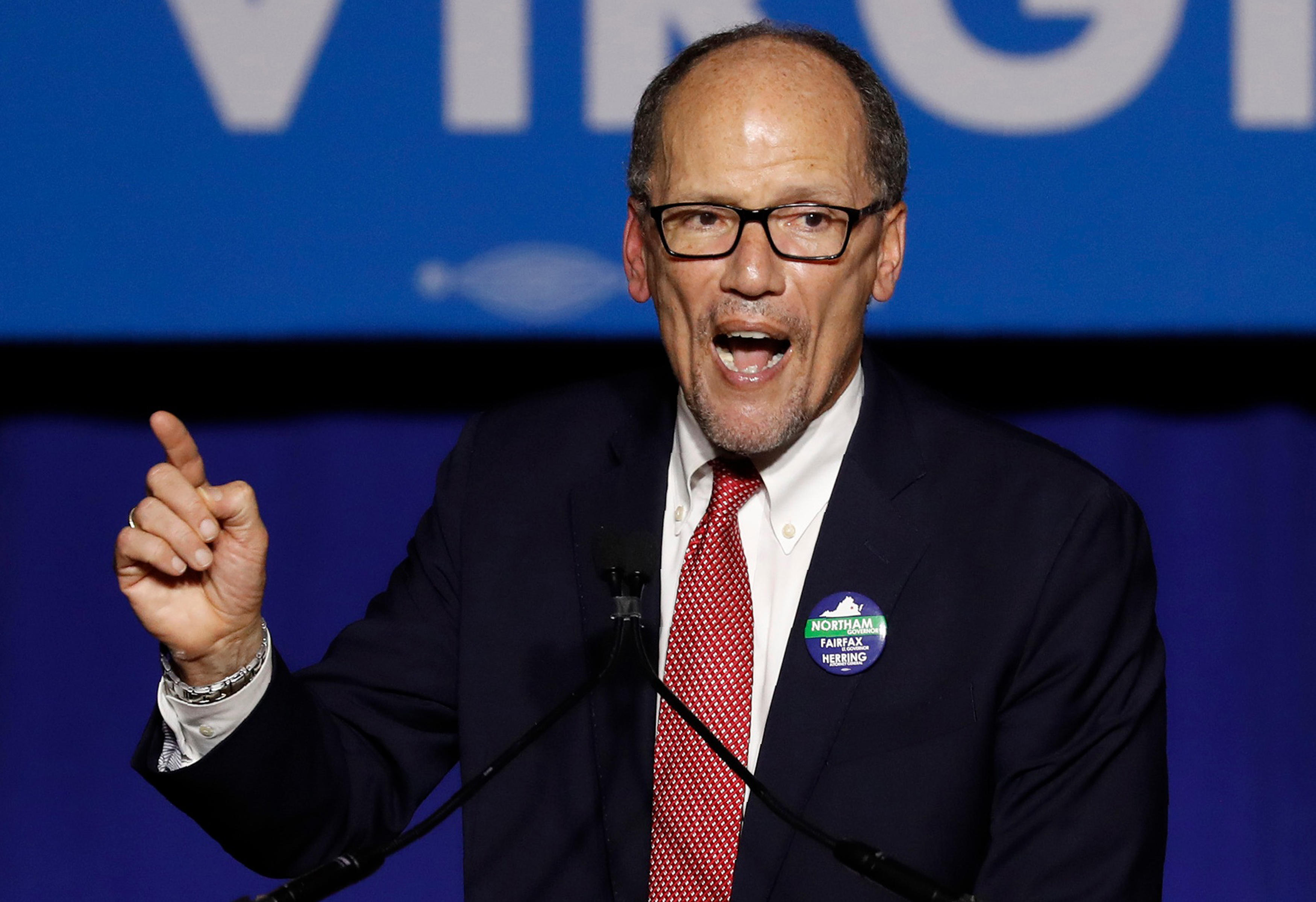 The Democratic Party has begun conversations with television networks about a series of presidential primary debates in 2019, a top party official has told The Associated Press.

The talks are "in the very early stages," according to the official, who was not authorized to discuss the matter publicly and spoke on condition of anonymity. The early start, well before the 2020 field is known, signals the importance that the Democratic National Committee chairman, Tom Perez, is placing on decisions that will be scrutinized for any signs of favoritism among potentially two dozen or more candidates.

"The DNC's goal is to have a debate process that is transparent, fair, impartial and inclusive," senior party adviser Mary Beth Cahill said in a statement to the AP that didn't get into the details of the discussions with networks. Perez has tapped Cahill, who ran the 2004 campaign of Democratic nominee John Kerry, to lead debate discussions.

The DNC is holding its annual summer meeting in Chicago this week to discuss the upcoming election cycle. In a concession to supporters of Sen. Bernie Sanders in the 2016 election, Perez is pushing a proposal to limit the influence of so-called superdelegates at the 2020 party convention. Perez told CBS News that this measure, which is set to be voted on Saturday, would "return power to the grassroots."

The subject of debates are also important topic for the fractured Democratic Party, as Sanders supporters argued in 2016 that the setup and number of debates were favorable to Hillary Clinton. The party and the networks together will decide the debate schedule, locations and formats. A crucial issue is how many people will be allowed on debate stages and who will be chosen.

Party officials say they're acutely aware that the answers could amount to the first winnowing of a large field months before the early voting states of Iowa, New Hampshire, South Carolina and Nevada lead off the nominating calendar in 2020.

The Democratic official who confirmed the early network discussions said the party is not yet talking to any potential candidates, taking pains not to be seen as manipulating the process. During the 2016 contest, supporters of Sanders accused the then-DNC leader, Debbie Wasserman Schultz, of conspiring with Clinton's campaign to limit debates and schedule them for unfavorable time slots.

Conversely, the GOP chairman at that time, Reince Priebus, was blasted within his party for allowing a dozen debates for a field that began with 17 major candidates. Priebus' critics said the debates were damaging spectacles, though ratings suggested they ultimately helped Donald Trump solidify his bond with core Republican voters.

The DNC's vice chairman, Michael Blake, said those dynamics are not forgotten.

"It's hard with that many," Blake said. "Are we starting to talk about it and think about it? Yes. Are we anywhere close to resolved? No."

Blake said "you almost have to establish a polling threshold." But he said the party wants to avoid publicly labeling "lesser candidates" before votes are cast.

Among the potential Democratic candidates, some already have a national profile and almost certainly would qualify for early debate stages regardless of rules. Those include Sanders, former Vice President Joe Biden and Massachusetts Sen. Elizabeth Warren.

Sens. Kamala Harris of California, Cory Booker of New Jersey and Kirsten Gillibrand of New York have been networking around the country and are also widely considered top-tier candidates.

Other possible candidates would come to the race with lower national profiles — governors and former governors such as Jay Inslee of Washington, Steve Bullock of Montana and Deval Patrick of Massachusetts; mayors and former mayors such as Eric Garcetti of Los Angeles and Mitch Landrieu of New Orleans; and even former Attorney General Eric Holder. For those politicians, the debate stage could become an important opportunity to break out.

The first to announce for the 2020 nomination is John Delaney, a three-term House member from Maryland who is one of the wealthiest members of Congress.

Several state party leaders who attended the national party's summer meeting in Chicago this past week said Perez has committed to involve them, particularly those in the early voting states, and DNC members in the discussion.

Perez pledged previously that he would have the debate process in place before all the candidates entered the race. Cahill said the DNC intends "to keep that promise" and that the party "will ramp up these efforts after the midterm elections" this November.

Candidates themselves could thwart Perez's preferred timeline if, as is expected, some begin launching their campaigns soon after that election.

In the last election cycle, Wasserman Schultz did not commit to the initial six debates until May 2015; the first debate wasn't held until that October.