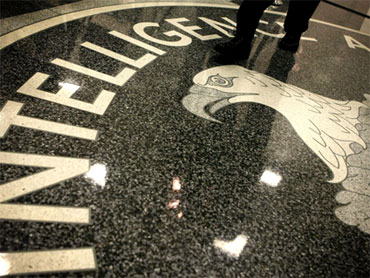 The CIA agreed to cover at least $5 million in legal fees for two contractors who were the architects of the agency's interrogation program and personally conducted dozens of waterboarding sessions on terror detainees, former U.S. officials said.

The secret agreement means taxpayers are paying to defend the men in a federal investigation over an interrogation tactic the U.S. now says is torture. The deal is even more generous than the protections the agency typically provides its own officers, giving the two men access to more money to finance their defense.

The revelation of the contractors' involvement is the first known confirmation of any individuals who conducted waterboarding at the so-called black sites, underscoring just how much the agency relied on outside help in its most sensitive interrogations.

Normally, CIA officers buy insurance to cover possible legal bills. It costs about $300 a year for $1 million in coverage. Today, the CIA pays the premiums for most officers, but at the height of the war on terrorism, officers had to pay half.

The Mitchell and Jessen arrangement, known as an "indemnity promise," was structured differently. Unlike CIA officers, whose identities are classified, Mitchell and Jessen were public citizens who received some of the earliest scrutiny by reporters and lawmakers. The two wanted more protection.

The agency agreed to pay the legal bills for the psychologists' firm, Mitchell, Jessen & Associates, directly from CIA accounts, according to several interviews with the former officials, who insisted on the condition of anonymity because they were not authorized to discuss the matter.

The company has been embroiled in at least two high-profile Justice Department investigations, tapping the CIA to pay its legal bills. Neither Jamie Gorelick, who originally represented the company, nor Henry Schuelke, the current lawyer, returned messages seeking comment. Mitchell and Jessen also didn't return calls for comment.

The CIA would not comment on any indemnity agreement.

"It's been nearly eight years since waterboarding - an interrogation method used on three detainees - was last used as part of a terrorist detention program that no longer exists," CIA spokesman George Little said.

After the terrorism attacks of Sept. 11, 2001, Mitchell and Jessen sold the government on an interrogation program for high-value al Qaeda members. The two psychologists had spent years training military officials to resist interrogations and, in doing so, had subjected U.S. troops to techniques such as forced nudity, painful stress positions, sleep deprivation and waterboarding.

But those interrogations had always been training sessions at the military's school known as SERE - Survival, Evasion, Resistance, Escape. They had never conducted any actual interrogations.

That changed in 2002 with the capture of suspected al Qaeda facilitator Abu Zubaydah (ah-BOO' zoo-BY'-dah). The agency believed tougher-than-usual tactics were necessary to squeeze information from him, so Mitchell and Jessen flew to a secret CIA prison in Thailand to oversee Zubaydah's interrogation.

The pair waterboarded Zubaydah 83 times, according to previously released records and former intelligence officials. Mitchell and Jessen did the bulk of the work, claiming they were the only ones who knew how to apply the techniques properly, the former officials said.

The waterboarding technique involved "binding the detainee to a bench with his feet elevated above his head," formerly top-secret documents explain. "The detainee's head is immobilized and an interrogator places a cloth over the detainee's mouth and nose while pouring water onto the cloth in a controlled manner."

The documents add that "airflow is restricted for 20 to 40 seconds and the technique produces the sensation of drowning and suffocation." The session was not supposed to last more than 20 minutes.

The role of Mitchell and Jessen in the interrogation of confessed Sept. 11 mastermind Khalid Sheikh Mohammed is a bit murkier.

At least one other interrogator was involved in those sessions, with the company providing support, a former official said. Mohammed was waterboarded 183 times in Poland in 2003, according to documents and former intelligence officials.

The CIA inspector general concluded in a top secret report in 2004 that the waterboarding technique used by the CIA deviated from the rules outlined by the Justice Department and the common practice at SERE school. CIA interrogations involved far more water poured constantly over the prisoner, investigators said.

It was not clear whether Mitchell or Jessen made that remark.

Justice Department prosecutor John Durham is investigating whether any CIA officers or contractors, including Mitchell and Jessen, should face criminal charges.

In at least two instances, Mitchell and Jessen pushed back. During Zubaydah's interrogation, the psychologists argued he had endured enough waterboarding, believing they had reached the point of "diminishing returns." But CIA superiors told them to press forward, two former officials said.

In another case, Mitchell and Jessen successfully argued against waterboarding admitted terrorist Ramzi Binalshibh in Poland, the official said.

On top of the waterboarding case, Mitchell and Jessen also needed lawyers to help navigate the Justice Department's investigation into the destruction of CIA interrogation videos.

Mitchell and Jessen were recorded interrogating Zubaydah and al-Nashiri and were eager to see those tapes destroyed, fearing their release would jeopardize their safety, former officials and others close to the matter said.

They often contacted senior CIA officials, urging them to destroy the tapes and asking what was taking so long, said a person familiar with the Durham investigation who insisted on anonymity because the case's details remain sensitive. Finally the CIA's top clandestine officer, Jose Rodriguez, made the decision to destroy the tapes in November 2005.

Durham investigated whether that was a crime. He subpoenaed Mitchell, Jessen & Associates last year, looking for calendars, e-mails and phone records showing contact between the contractors and Rodriguez or his chief of staff, according to a federal subpoena. They were ordered to appear before a grand jury in northern Virginia in August 2009.