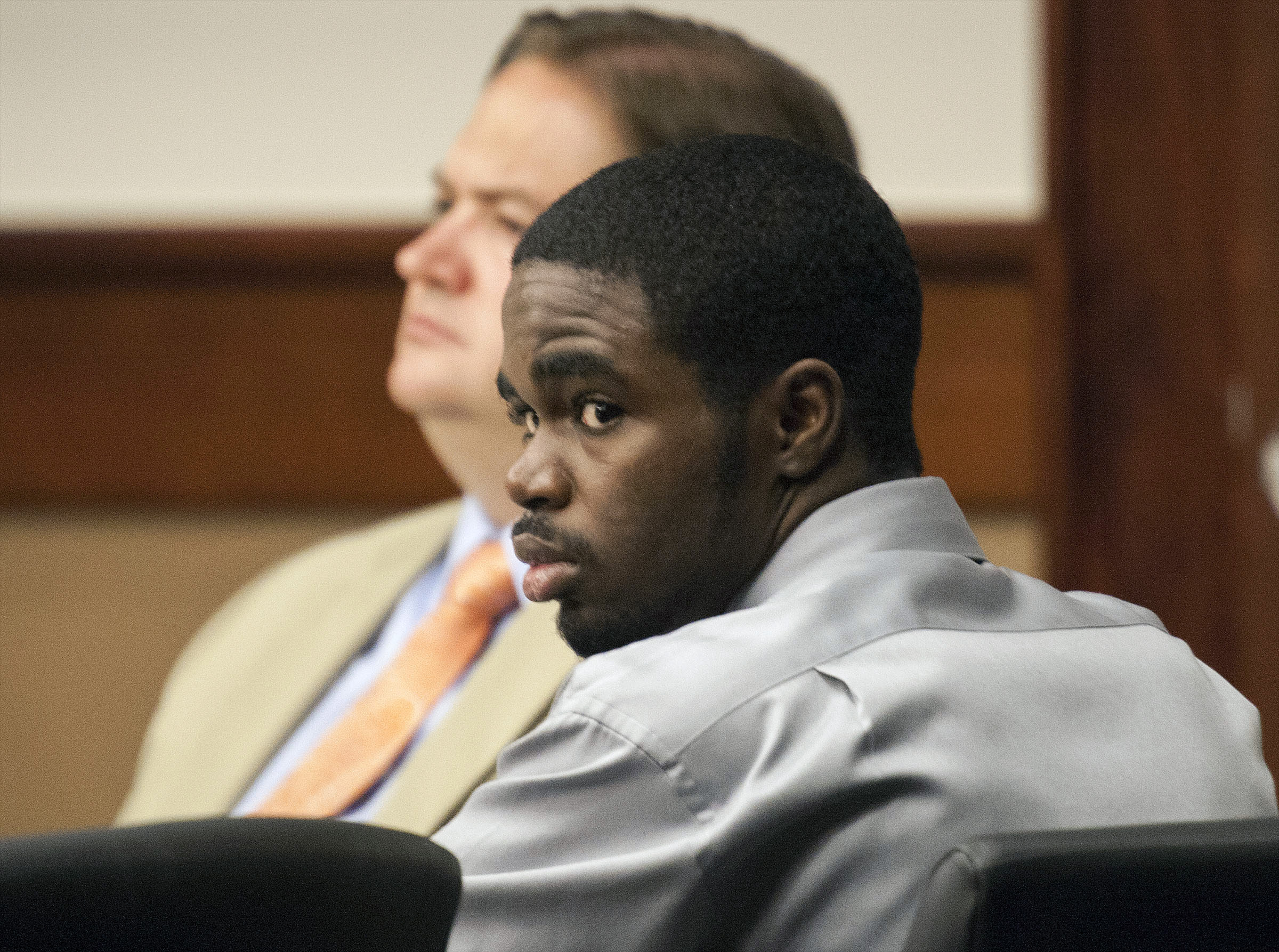 (CBS/AP) MARIETTA, Ga. -The mother of a baby who was fatally shot in his stroller in coastal Georgia testified at the murder trial of De'Marquise Elkins that she threw her arms across her baby, trying to save him.

Sherry West told jurors Tuesday that two teenagers approached her as she walked home from the Brunswick post office March 21. She said the older one demanded money, tried to take her purse and threatened to kill her baby. She said the teen fired a warning shot, shot her in the leg and then shot the baby.

Asked if the shooter was in the courtroom, West said he was. She pointed at Elkins, who sat at the defense table and showed no emotion.

Elkins is charged with murder in the killing of 13-month-old Antonio Santiago.

Also on Tuesday, a pastor testified that Elkins shot him in the arm 10 days before Santiago's death.

Wilfredo Calix Flores, pastor of a Hispanic church in Brunswick, said De'Marquise Elkins demanded money from him on March 11 and shot him when he said he didn't have any.

Dont'e Jackson, a friend of Elkins, testified he was with Elkins when Flores was shot and saw him shoot the pastor.

The prosecution is expected to rest their case against Elkins following the testimony of West, the Atlanta-Journal Constitution reports.