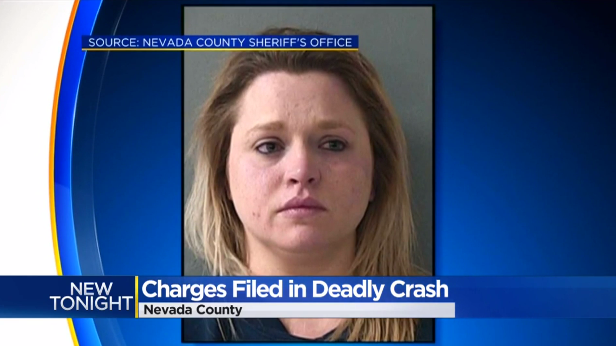 Police say the driver was under the influence when the vehicle flipped over and crushed Antonette Thevenin.

"Unfortunately, I don't have any remorse for her right now," said Trish Strom, Antonette's mother. "Her going to prison is not going to bring my daughter back. But she gets to see her children when she comes out too."

CBS Sacramento reports 31-year-old Thevenin died in April after an ATV accident happened during an Easter egg hunt in Nevada City. Her best friend, Carlee D'Arata, was the driver.

"They just left her there," Strom said.

According to Strom, D'Arata had been a family friend for years. D'Arata and Antonette even worked in the same office, along with Strom and her other daughter, Gina Marie Brown, who was 18 years older than her sister.

But Brown knew first hand D'Arata had a drinking problem.

"I spent a lot of countless days, hours, years talking with Carlee about recovery," she said.

Now D'Arata faces one count of felony manslaughter while intoxicated.

But Strom and Brown say, based on D'Arata's prior run-ins with the law, manslaughter isn't enough.

"They should have filed the second-degree murder charge," Brown said.

"I know one thing, she gets to tuck her kids in at night for the last four months while my granddaughter cries herself to sleep for her mom," Strom said, referring to Antonette's 11-year-old daughter, Nevaeh.

Strom knows prison time for D'Arata can't bring her daughter back, but says she expected more from such a close friend.

"The fact that her and her husband have never come forward to say they're sorry, not a card, not anything," Strom said.

If convicted as charged, D'Arata could face up to 10 years in prison. She is set to appear in court in September.