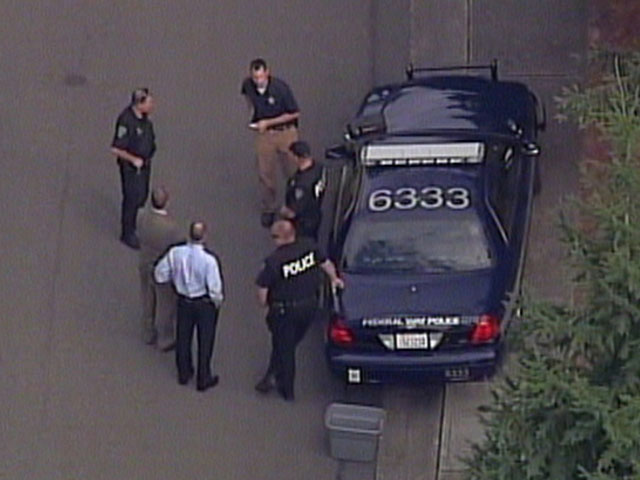 (CBS/AP) FEDERAL WAY, Wash.- Anton Caluori, a 31-year-old Washington State man will appear in court Wednesday, after he allegedly made an email threat against President Barack Obama and brandished a shotgun at officers who came to his door.

Secret Service spokesman Brian Leary says Caluori was arrested Tuesday at an apartment in Federal Way for investigation of making threats against the president and assault on a federal officer.

A Secret Service agent and a Federal Way police officer say they went to an apartment, knocked and announced themselves for about three minutes, then found themselves facing a man armed with a shotgun when the door opened.

KIRO reports that Caluori's mother spoke to the press, saying, "I don't know a whole lot. It's been a surprise. How would you feel if your son was just arrested? (He) never got arrested, was in the military, has a college education. I'm just a little bit upset and shocked. He's never done something like that."

Leary says Caluori is set to appear in court at 2 p.m. Wednesday.