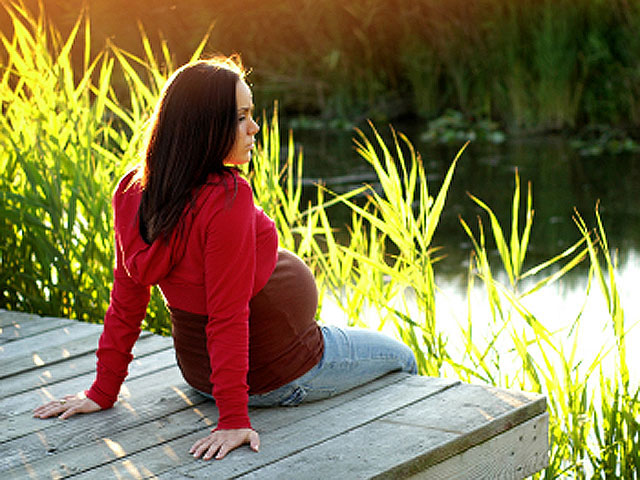 Taking antidepressants during pregnancy may increase risk for lung problems in babies, according to new research.

Canadian researchers pulled seven studies from a pool of about 3,000 that looked at breathing difficulties in newborns associated with antidepressant use. Previous papers have found mixed results on the topic, according to the researchers, so they wanted to conduct a large review of the studies -- called a meta-analysis -- to help resolve the conflicting findings.

The breathing problems, called persistent pulmonary hypertension, occur when high blood pressure in the lungs prevents oxygen from moving to the lungs through the rest of the body. Symptoms include rapid breathing, rapid heart rate, difficulty breathing and a blue tint to the skin.

It can be a very serious condition that causes both immediate and long-term health problems, according to NYU Langone Medical Center.

The seven studies that met the researchers' criteria looked at selective serotonin reuptake inhibitors antidepressants, or SSRIs, a commonly-prescribed class of the medication which includes drugs like Lexapro, Prozac, Zoloft and Paxil.

The researchers found a small but significantly increased risk for the lung condition in infants who were exposed to SSRIs during later stages of pregnancy after 33 weeks.

They estimate the overall risk remains low, occurring in about 2.9 to 3.5 births per 1,000. Between 289 and 351 women would have to be treated with an SSRI in late pregnancy to cause one case of persistent pulmonary hypertension.

Exposure to the medication in early pregnancy was not linked with this added risk.

The authors say to their knowledge, this is the first review looking at this breathing risk in children of antidepressant-takers.

The findings were published Jan. 15 in BMJ.

The decision on whether to start or continue taking antidepressants during pregnancy can be a complex one for women and their doctors, and has been of interest to researchers.

A November 2012 review found SSRIs should be prescribed with “great caution,” citing studies that found the drugs could raise risk for miscarriage, premature birth, persistent crying, feeding difficulties and autism.

Some experts questioned that review’s conclusion, pointing out that depression itself could be harmful to both mom and the developing baby.

"Decisions on treatment need to be personalized. Women need to make informed decisions by taking in all the risks of depression and its treatments. Psychosocial treatments [such as counseling] are appropriate for some women, depending on how severe the depression is, and how quickly [a woman] might respond to treatment," study author Dr. Sophie Grigoriadis, head of the Women's Mood and Anxiety Clinic: Reproductive Transitions at Sunnybrook Health Sciences Center, in Toronto, said to HealthDay.

WomensHealth.gov has  more information on depression and pregnancy.