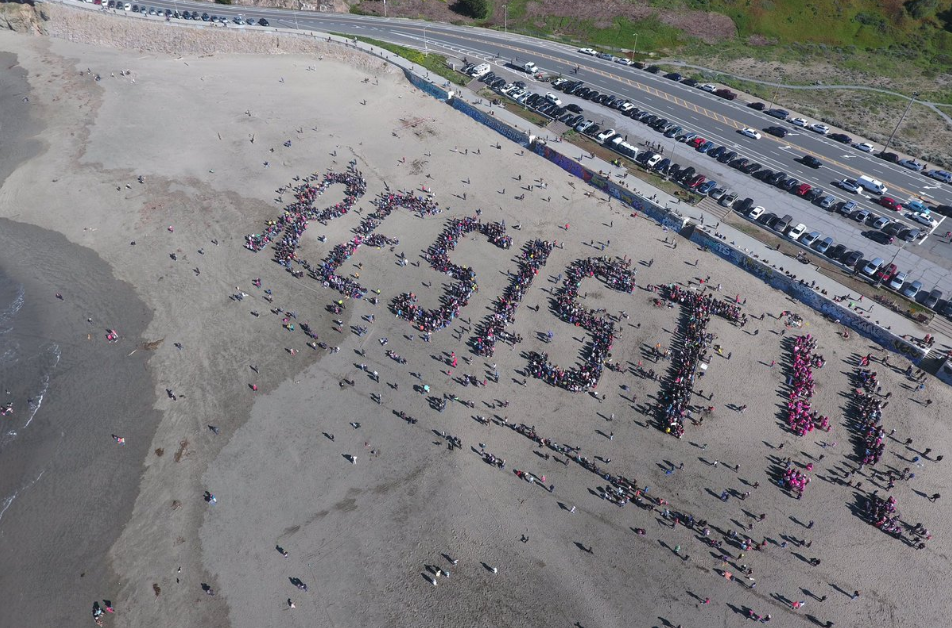 They lined up and formed the letters, captured by aerial photos. The first exclamation point is largely pink.

Sixty-five-year-old San Francisco taxi driver Brad Newsham organized the event, which he estimated drew 5,000 people, although that number was not verified.

“Resist!!” was not Newsham’s first choice. He originally wanted to spell out “REVOLT,” but Facebook friends and family urged him instead to spell “RESIST.” In the note that helped change his mind, a woman named Anke Osterburger wrote that to her, “revolt” suggested “a violent uprising, pitchforks.”

“RESISTing however is something peaceful that you do for the long fight and it ends in success,” she argued. “The power lays [SIC] in the persistence.”

This wasn’t the first time protesters showed up at Ocean Beach to send a message to Washington. A decade ago, on Jan. 6, 2007, Newsham gathered about 1,000 people to spell out “IMPEACH” as a protest against President George W. Bush and Vice President Dick Cheney.

Newsham says on his Facebook page that he has organized a dozen similar events since that first “Impeach” aerial art protest project.