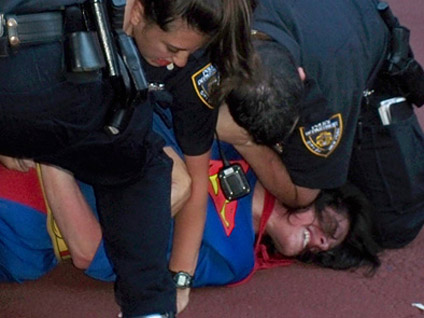 Throughout the ages, people have been searching for the mythical "Fountain of Youth," a magical place, potion, or pill to control, reverse, or even eliminate the aging process.

Today, anti-aging medicine is a multibillion-dollar business that hawks everything from live cell injections and magnetic contraptions to herbal concoctions, hormonal therapies, vitamin supplements, skin creams, and fad diets. But do any of these actually work?

Jay Olshansky is a professor of public health at the University of Illinois at Chicago and the author of "The Quest for Immortality: Science at the Frontiers of Aging." He visits The Early Show to shed some light on the matter.

The following is his pre-interview with The Early Show:

ES: How long can most adults expect to live?

ES: How much of that is determined by genes and how much do we have control over?

Olshansky: That's the $64,000 question. Some researchers will say environment is 25 percent, and genetics is 75 percent, and some will say the opposite. But it's probably 50-50, and there is a big dollop of random luck. Once you avoid the things that accelerate aging like smoking, obesity, excessive alcohol consumption, and excessive sun exposure, you've done about as much as you can to influence your aging process. Other than that, it is probably up to genetics or random luck. There are plenty of people who live "perfect" lives and die in their 30s and there are plenty of people who smoke like fiends and live past 100. The oldest women that lived to 122 years smoked for 100 years!!

ES: Illnesses like cancer, heart disease, and stroke cut short the life span of millions of Americans each year. How much longer could we live if these diseases were eliminated?

Olshansky: Hypothetically, if we eliminated all of the major killers, we would probably add about 15 years and people could expect to into their 90s. But other diseases would probably step in to replace them -- diseases like Alzheimers, diabetes, and pneumonia; infectious diseases of one form or another. The reason we have cancer and heart disease is the same reason you can't get rid of the wear and tear on your tires on your car: as soon as you use them, you are wearing them away. You can't make eternal tires, and it's the same with the human body. As soon as engine of life switches on at conception, the damage associated with aging begins to accumulate. It is inevitable, it is cumulative, and, at this point, it cannot be stopped or reversed.

ES: Can you explain to us in layman's terms what the aging process entails?

Olshansky: Aging is the accumulated damage to the building blocks of life (protein, carbohydrates, and fats) and, in particular, damage to the DNA that accumulates and contributes to the diseases and disorders that we associate with aging. The damage begins when we are conceived and we begin to see signs of this damage after puberty. The risk of death doubles every 7 years after puberty (13). And that is death from biological causes - not car accidents, homicides, suicides, or infectious diseases. When you hit your 40s, you begin to take notice of the effects of aging because people that you know begin to die of heart attacks and tumors, so we take notice of the effects of aging.

ES: How does this damage occur?

Olshansky: The cell DNA breaks down from use. Every time a cell replicates, it doesn't pass all the info on perfectly. Cell metabolism produces damaging substances called "free radicals" (mitochondria waste products) which go around doing random damage to the cell itself and other parts of the body. Our bodies produce substances to wipe these substances up "free radical scavengers" and we have amazing repair mechanisms. But it is not prefect and, over time, the repair mechanism itself becomes damaged and operates less efficiently. And that damage is what we see as the effects of aging.

ES: What are these effects?

Olshansky: The consequences of aging are changes in EVERY aspect of the body. Internal organs operate with less efficiency. You lose skin elasticity. The bones and joints become more brittle. The cardiovascular system loses its elasticity.

Olshansky: There is nothing that you can buy that has been demonstrated to slow, stop, or reverse the signs of aging. There is one possibility that might extend human life span but most people will not do it. In fact, we have done the exact opposite. Reducing caloric intake is the only proven method of extending life. If caloric intake is reduced to 20 percent below maintenance, you can extend your lifespan considerably. (For instance, if your daily maintenance is 2,000 calories you should eat, 1,600 calories.) In animal experiments, lifespan was extended by up to 50 percent when they lived from birth on a near-starvation diet. The NIH (National Institutes of Health) is about to begin clinical trials on this method in humans. The question is, what kind of quality of life will these people have? For the last 12 years of her life, Madame Jeanne Calment was deaf, blind, and had no sense of taste. So just extending human span should not be the goal. We need to strive for quality, not quantity. The goal should be to improve the quality of the days that we have, which is approximately 29,000 days.

ES: What are some of the common "anti-aging" medicines out there?

Olshansky: There are three main categories of "anti-aging" remedies:

ES: So what are some commonly touted anti-aging remedies available today?

Clearly you need to get all your vitamins to prevent vitamin deficiency- but you get what you need from your food and the extra just goes out on your urine. These vitamins MAY reduce the risk of certain diseases like heart disease and cancer but the benefits are from eating the foods that contain those vitamins. There are studies underway right now about whether supplements themselves without the foods can have the same beneficial effect but the results are not in yet.

ES: So is there anything at all today that resembles the fountain of youth?

Olshansky: Yes. Exercise is the closest thing we have to the fountain of youth. Exercise is to the body what an oil lube and a filter are to the car. They can operate without them, but they operate longer and more efficiently with them.

Exercise has no effect on aging, but it can reduce the manifestations of aging. You can reduce your risk of osteoporosis, heart disease, stroke, cancer, and diabetes dramatically. It improves your mental acuity and your skin elasticity. You'll look better and you'll feel better. It may add to the length of your life (a few years by reducing the risk of diseases) and it will improve the quality of the days that you have. The woman who lived to 122 rode a bicycle regularly until she was over 100. You should try to exercise 3-5 times as week. Do something active every day, something that involves movement -- gardening, sex, whatever.

ES: You feel pretty strongly that none of these "anti-aging medicines" work, but a lot of people take them anyway. Are they just plain harmless, or are any of them actually harmful?

Olshansky: Most are probably harmless, other than hurting their pocketbook, which is a considerable problem considering the limited financial means of the elderly. But many of these substances have not been studied enough and are NOT regulated by the FDA. Just because they are on the market does not they mean they are safe. Some of these products like hormones, mega-doses of vitamins, and certain herbal remedies have been shown to be harmful. People need to know that they are essentially conducting an experiment on themselves when they take these things. Most people are better off just adjusting their diets. Exercise, diet, sex, body massage, and low stress are a good recipe for a long high-quality life.

ES: Other than being on a near-starvation diet, is there any other treatment out there that might help to extend one's life expectancy?

Olshansky: No. There is nothing other than caloric restriction that has been shown to extend life.

ES: So no chance at immortality?

Olshansky: Life on earth has already achieved immortality. DNA is immortal. We pass it on from one generation to the next. It is the carriers (us) that are disposable after we reproduce.

Scientists have been able to extend the life expectancy of rodents, fruit flies and nematodes by 30% in experiments combining genetic manipulation and caloric restrictions- do any of those studies indicate that there is hope for extending human life expectancy?

For more information read, "Is There An "Anti-Aging" Medicine?" - A report from the International Longevity Center-USA.