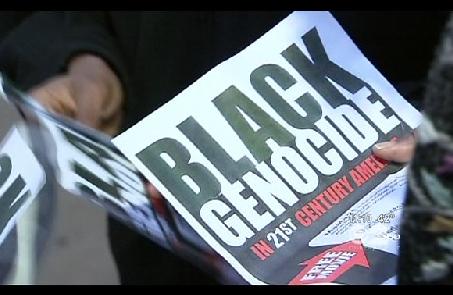 This story is from CBS 2 in New York

PRINCETON, N.J. -- It has become the talk among African American students at the prestigious Princeton Theological Seminary -- racially charged fliers and postings. All of it is apparently anti-abortion literature.

Among the fliers was one that displayed a noose and another with the words "in the new klan lynching is for amateurs."

"I was shocked and appalled that someone would place something like that up at this particular institution," seminary student Maurice Stinnett told CBS 2's Derricke Dennis.

"There was a lot of devastation for me, psychological damage, injury, because I saw this as social bullying," student Shirley Thomas said.

Student leaders at the seminary, which neighbors Princeton University but is not directly affiliated, said the fliers first appeared on campus last November then reappeared in February for Black History Month.

The fliers originate from various sources, pointing out the number of African American deaths by abortion.

Student Katherine Timpte called the fliers "appalling and tragic and upsetting at all levels."

Another student, Alex Turpin, said he thought whoever was distributing the literature had a "right to voice their opinions," adding "personally, I wouldn't have done it in that way."

A statement from the seminary said it "does not tolerate racial discrimination" and "has policies that both protect freedom of speech and preclude racial harassment of any kind."

On Wednesday, students at the seminary will hold a forum to discuss the images.

"People need to understand that racism is not dead," Thomas said.

Watch the report from CBS 2 New York below: