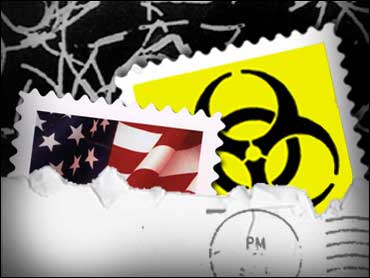 The terrorists find all sorts of reasons to hate us. On Tuesday came word that the deadliest biological assault on the United States may be linked to the rejection of the terror suspect by a Kappa Kappa Gamma sorority sister decades ago. That is offered as an explanation of why the accused US Army bio-warfare scientist allegedly drove seven hours from his home to mail anthrax-laced letters from a mailbox near the sorority's Princeton University office, according to the Associated Press.

What we learned last week, after the suicide of Bruce E. Ivins, was disquieting enough without the twisted love angle. If you can believe the recent leaks from the FBI on its most important unsolved crime -- which killed five and sickened seventeen, immobilized the federal government and traumatized the nation -- it was a clean-shaven, white, God-fearing Catholic guy who done it. Despite a government anxious to find yet another example of Islamic terrorism in the wake of 9/11, it quickly became clear to experts that the anthrax used in the only WMD attack on our nation was a sophisticated product traceable to our own biological weapons labs. This is not surprising, because the United States has long been a leader in this field.

Our ostensible reason for developing the world's most sophisticated arsenal of deadly biological weapons is that the United States needs to learn how to prevent such attacks from deranged outsiders. Now we have yet another reminder that the enemy may be us, and that at least some of the folks who develop weapons like to find occasions to use them. In this case, the terrorist the FBI was about to charge with homicide was a nut case who nonetheless received the highest security clearance to work on the most dangerous of weapons deep within our own military-industrial complex.

This is yet another disappointment for those writing the basic Bush Administration narrative in which the terrorist is always some Islamo-fascist guy. That's the assigned role that Saddam Hussein failed at so miserably. Remember when New York Times reporter Judith Miller was breathlessly reporting every sighting of a rusting Iraqi RV as one of Hussein's biological weapons labs to justify the invasion of a country that had nothing to do with 9/11? Gosh, how the military-industrial complex must miss the Soviet Union, which could be trusted to match us in the high-tech game of dispensing mass death.

Of course, our government, which has never disowned the right to build and use nuclear and other weapons of mass destruction, has long insisted that we alone are to be trusted with the creation of those devilish devices. Others are judged either too irrational, evil or merely incompetent to be allowed WMD, whereas we alone, with the unique experience of having killed hundreds of thousands of innocent civilians in Hiroshima and Nagasaki, pose no threat. That others might not see it our way, particularly after recent incidents, such as the missing nukes that crossed the United States on that errant B-52 flight, or the anthrax attack allegedly conducted by one of our top bioweapons scientists, is understandable.

The larger problem is that we no longer take the threat of WMD as seriously as we should. We focused on the nonexistent WMD in Iraq while ignoring the spread of nuclear technology from Pakistan to North Korea, Iran and Libya under the guidance of A.Q. Khan, father of Pakistan's popularly revered "Islamic bomb." As former CIA Director George Tenet wrote in his memoir, the Bush Administration seized upon the WMD issue in Iraq only because it was convenient: "The United States did not go to war in Iraq solely because of WMD. In my view, I doubt it was even the principal cause. Yet it was the public face that was put on it."

The public face of terrorism was a bearded Muslim armed with WMD. No wonder we were caught off guard when the only person to ever attack us with WMD turns out to be, apparently, an active congregant at St. John the Evangelist Church in Frederick, Maryland, and a highly trusted employee of the US military.

Not that our sleuths weren't forewarned. As Ivins' therapist, social worker Jean Duley, reported to the Maryland District Court last month in a hearing to obtain a restraining order: "As far back as the year 2000, the respondent has actually attempted to murder several other people.... he is a revenge killer when he feels that he's been slighted... especially towards women.... He has been forensically diagnosed by several top psychiatrists as a sociopathic, homicidal killer."

In any case, he was one of us.
By Robert Scheer
Reprinted with permission from The Nation