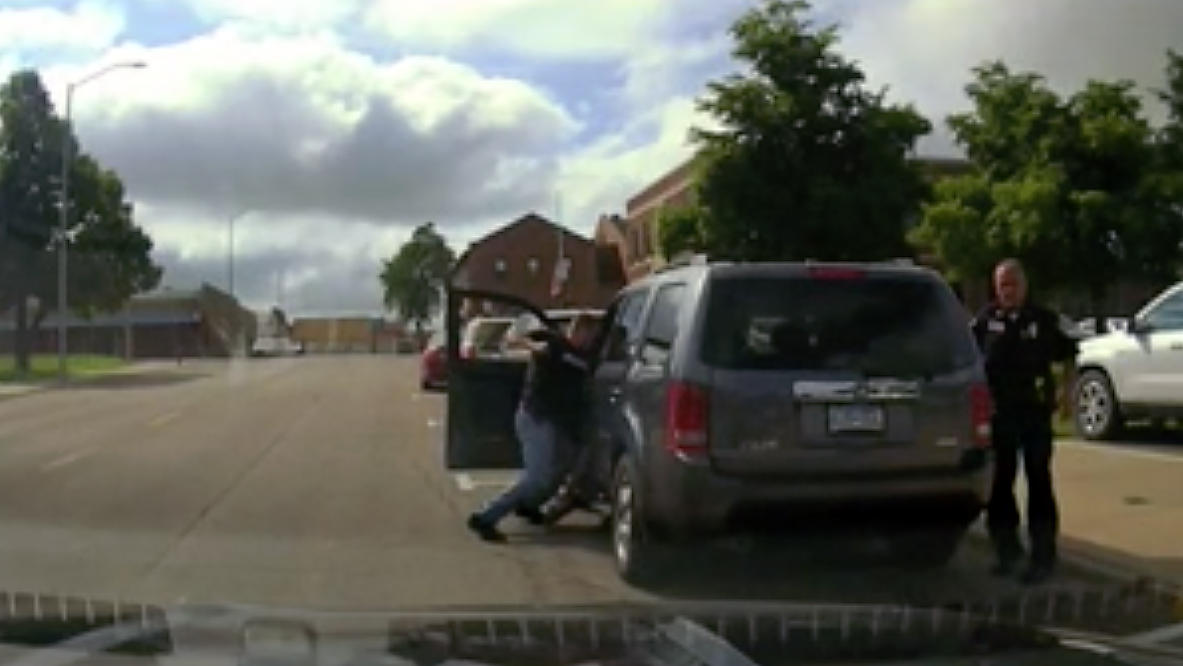 MINNEAPOLIS -- The Minnesota chapter of the American Civil Liberties Union (ACLU) is demanding an investigation into what it called a brutal attack by a police officer, CBS Minnesota reports.

Dashcam footage of the 2016 arrest shows a Buffalo Ridge Drug Task Force agent opening the door of an SUV before kneeing and punching the driver, Anthony Promvongsa.

"This is an example, a textbook example of excessive force by police. It was really a vicious attack on this young man, it was not just an arrest but it was really an attack, a beating, an assault," said John Gordon, interim legal director for the ACLU of Minnesota.

But authorities say the video only captured a small part of what led to charges against the driver.

According to the criminal complaint, Promvongsa caught the attention of an off-duty officer by following closely, speeding past him and later saying he "was going to get his boys and come back to get them." The officer said he believed Promvongsa was attempting to harm him and another off-duty officer. They called dispatch.

The officer and Agent Joe Joswiak then attempted to pull Promvongsa over, but said he wouldn't stop his vehicle at first. The video picks up what happened next.

The ACLU is now demanding an investigation into Joswiak's actions and calling for his termination and prosecution.

"Police have a very important job to do and valuable job to do, to enforce the law and to protect people. It is not their job to take punishment into their own hands and whoop on people," Gordon said.

In a statement, Promvongsa said he is scared of future interactions with police. "I did not even have the opportunity to take off my seat belt before I was literally blindsided with this unnecessary attack," he said.

Promvognsa was driving with a revoked license. He's charged with using his car as a weapon and fleeing an officer. A trial date has not been set. The law enforcement agencies involved has asked people to be "patient as the criminal case progresses."

Promvognsa's defense attorney, Virginia Barron, said that his client has pleaded not guilty to the criminal charges and maintains his innocence. He told the station that he's seen an "increasing systemic problem of excessive force from law enforcement" in the area that should "never be allowed or tolerated in a civilized society."