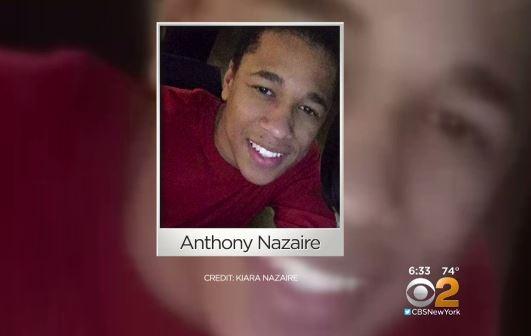 ITHACA, N.Y. -- Police investigating a brawl on the campus of Cornell University that left an Ithaca College student dead and another Ithaca student injured are asking witnesses with cellphone video of the fight to come forward.

The students were stabbed around 2 a.m. Sunday during a large fight after several hundred college-age people attended a student-organized event at the Cornell student union, authorities said.

“He graduated from Brooklyn Theatre Arts High School, and at IC he was a member of the executive board of Brothers4Brothers, a student organization dedicated to empowering men of color on our campus,” said Ithaca College President Tom Rochon.

“I ask that you keep Anthony’s family, the student who was injured, and their friends and loved ones in your thoughts and prayers,” Rochon said.

Police did not identify any suspects in the stabbing. They said they were interviewing witnesses and believe based on surveillance footage that some captured the killing on video.

“I hope they get caught and justice is done,” Nazaire’s mother, Katia Toussaint, told the New York Daily News on Monday. “I didn’t send my son to school to get murdered.”

Naizaire’s godfather, Jacques Dorsainvil, told newspaper Nazaire “was an intelligent man, polite with everyone. I don’t get it, why this happened to us. Everybody knows he’s a gift from God.”

Naizaire’s godfather told CBS Radio affiliate 1010 WINS that he was the pride of the family and was never in trouble.

“Always played with you, played with his mom like a friend,” the godfather said. “I don’t know how we’re going to deal with this.”

The other unidentified Ithaca student was treated at a hospital and released.

Both schools said counseling would be available to students, faculty and staff.

Rochon said a campuswide gathering is scheduled for 4 p.m. Monday at the school’s chapel. A vigil will be held Monday, CBS New York reports.

FDA works to approve vaccines for kids under 5

Officials say most people will be exposed to COVID