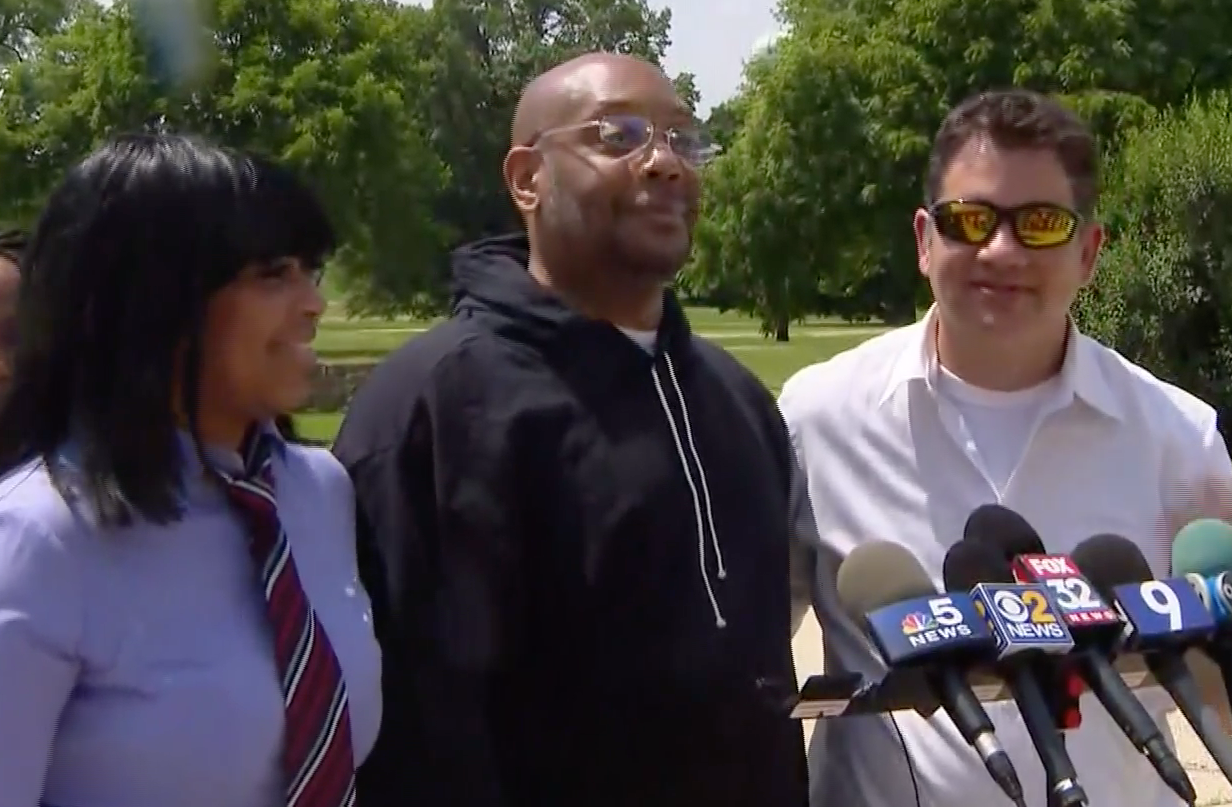 CHICAGO -- A man framed in a police corruption scandal has been released from prison after spending close to a decade behind bars. Anthony McDaniels walked out of Stateville Prison in Illinois and into the arms of his sister LaShawn on Monday, CBS Chicago reports.

McDaniels spent nearly 10 years behind bars after being convicted for gun possession, a charge he called a set-up after he refused to give a Chicago police officer a bribe in 2008.

"They planted a gun on me and then charged me with having a weapon," he told reporters.

Ex-Sgt. Ronald Watts and Officer Kallatt Mohammed both pleaded guilty to federal charges after they were caught taking $5,200 from an FBI informant. Both were part of a group of police officers who were accused of framing multiple suspects.

McDaniels is now the 24th person to have charges thrown out over the corruption scandal.

"These officers have a very long and disgraced history of planting drugs and guns on individuals who would not cooperate with them," McDaniels' attorney Joshua Tepfar said.

McDaniels credited his attorney and his family for helping him survive the incident.

"I just think he needs to travel the world. He needs to see things. He's missed a lot in this decade," LaShawn McDaniels said, according to the Chicago Tribune. "We're going to make sure he eats whatever he wants."

U.S. eliminated from World Cup after 3-1 loss to Netherlands