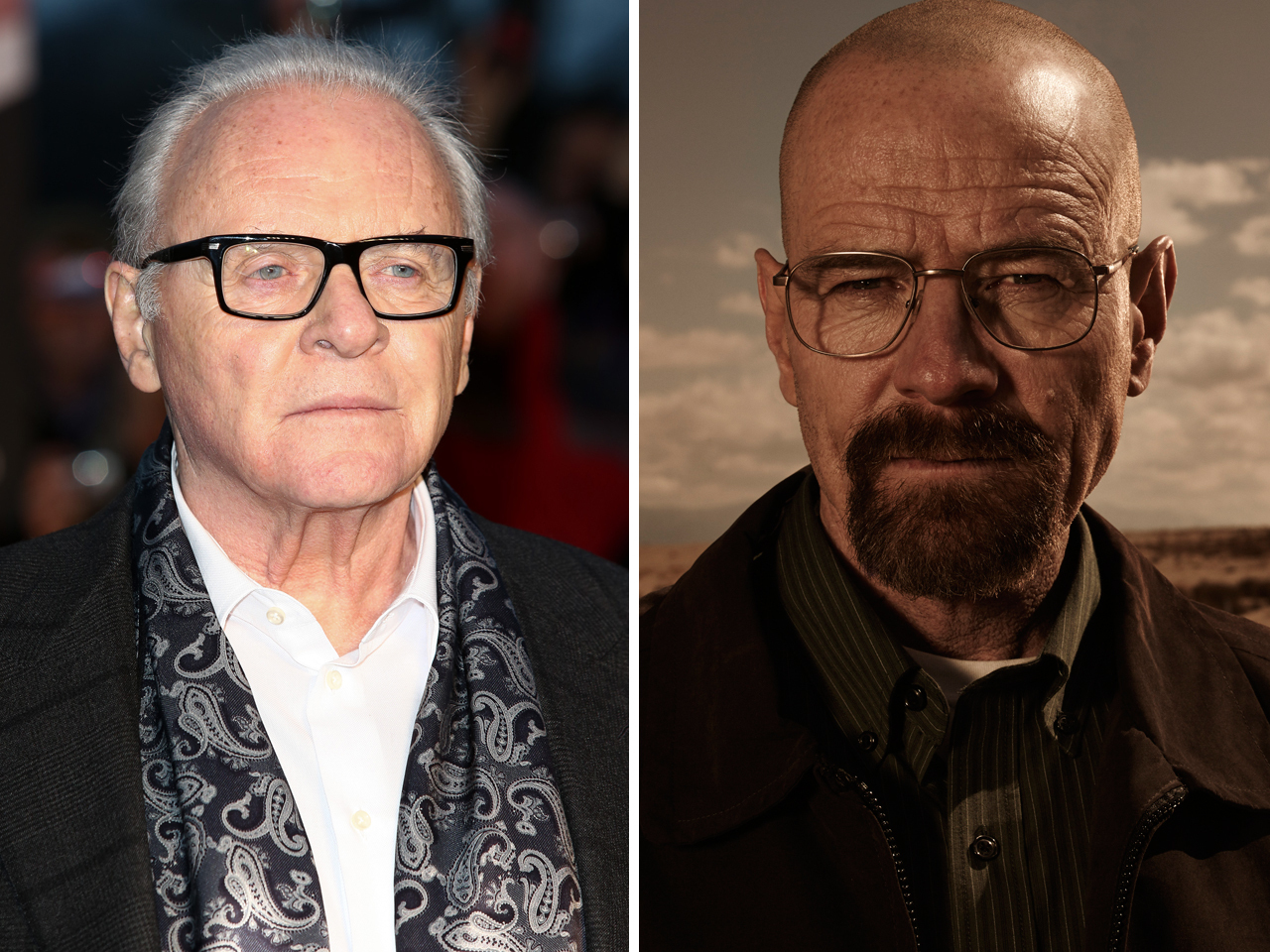 Count Anthony Hopkins among the scores of "Breaking Bad" fans who couldn't get enough of the show.

The Oscar-winning actor so enjoyed it, in fact, that he wrote a fan letter in which he gushed over Bryan Cranston's performance and the AMC drama as a whole.

Hopkins' letter became public when it was posted on "Breaking Bad" actor Steven Michael Quezada's Facebook page, but has since been taken down. However, the letter had already begun making the rounds on the Internet and The Hollywood Reporter later confirmed it was penned by Hopkins and is authentic.

In it, he praises Cranston's portrayal of Walter White as "the best acting I have ever seen -- ever."

"From what started as a black comedy, descended into a labyrinth of blood, destruction and hell," Hopkins added. "It was like a great Jacobean, Shakespearian [sic] or Greek Tragedy."

Hopkins also asked Cranston to share his admiration with the other stars of the show. "Everyone gave master classes of performance," he wrote.

Read Hopkins' letter, in full, below:

Dear Mister Cranston. I wanted to write you this email -- so I am contacting you through Jeremy Barber - I take it we are both represented by UTA . Great agency. I've just finished a marathon of watching "BREAKING BAD" -- from episode one of the First Season -- to the last eight episodes of the Sixth Season. (I downloaded the last season on AMAZON) A total of two weeks (addictive) viewing. I have never watched anything like it. Brilliant! Your performance as Walter White was the best acting I have seen -- ever. I know there is so much smoke blowing and sickening [expletive] in this business, and I've sort of lost belief in anything really. But this work of yours is spectacular -- absolutely stunning. What is extraordinary, is the sheer power of everyone in the entire production. What was it? Five or six years in the making? How the producers (yourself being one of them), the writers, directors, cinematographers.... every department - casting etc. managed to keep the discipline and control from beginning to the end is (that over used word) awesome. From what started as a black comedy, descended into a labyrinth of blood, destruction and hell. It was like a great Jacobean, Shakespearian or Greek Tragedy. If you ever get a chance to -- would you pass on my admiration to everyone - Anna Gunn, Dean Norris, Aaron Paul, Betsy Brandt, R.J. Mitte, Bob Odenkirk, Jonathan Banks, Steven Michael Quezada -- everyone -- everyone gave master classes of performance ... The list is endless. Thank you. That kind of work/artistry is rare, and when, once in a while, it occurs, as in this epic work, it restores confidence. You and all the cast are the best actors I've ever seen. That may sound like a good lung full of smoke blowing. But it is not. It's almost midnight out here in Malibu, and I felt compelled to write this email. Congratulations and my deepest respect. You are truly a great, great actor. Best regards Tony Hopkins.