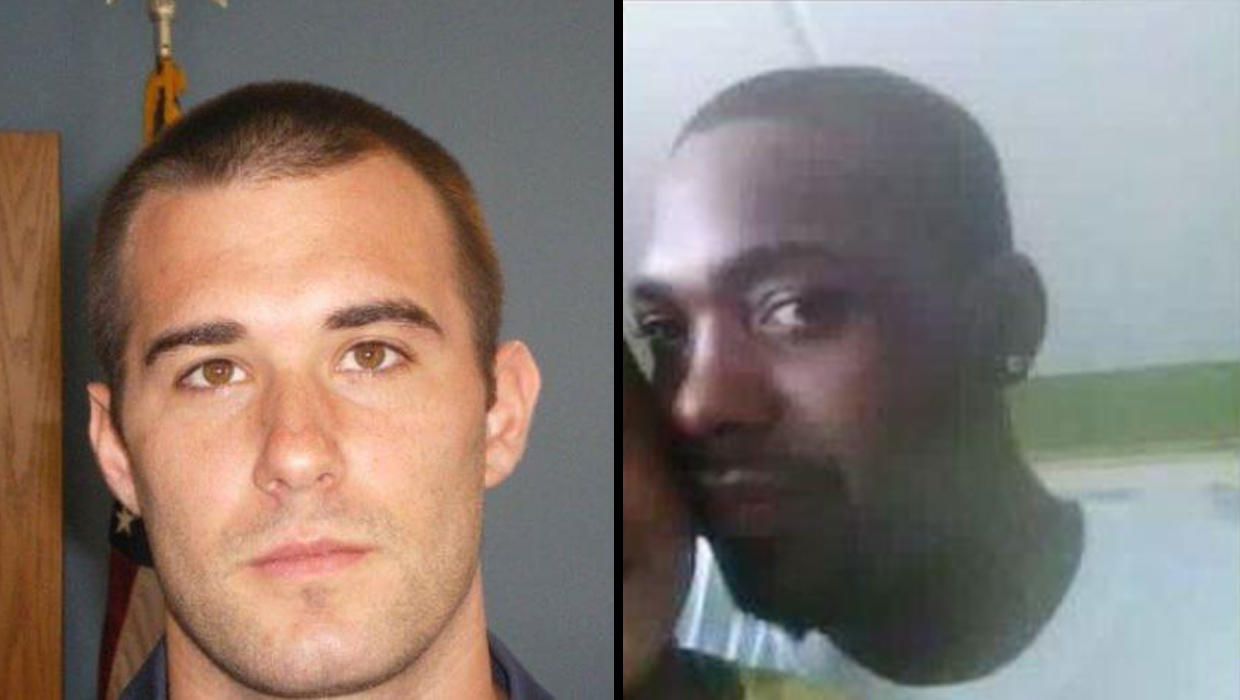 ATLANTA -- A white Georgia police officer accused of shooting a fleeing black man stalked and hunted Anthony Green like an animal, a lawyer for the man's family said at a news conference Friday. Attorney Malik Shabazz also said the manslaughter charge filed against Kingsland Police Officer Zechariah Presley is highly unusual in a police shooting - and he praised authorities for taking swift action.

"It is a rare occurrence in the United States of America where a police officer is charged with killing anyone, particularly an African-American man," said Shabazz, who is president of Black Lawyers for Justice and also representing Green's family. "That shows how strong the evidence must be."

The officer was "obviously stalking Mr. Green, hunting him down in a fashion that we believe is like an animal at this point," said Shabazz.

Presley made his first court appearance Friday afternoon in Camden County, just north of the Georgia-Florida line. He was ordered held without bond, CBS affiliate WJAX's Christy Turner reported via Twitter. A judge set his next court date for July 17. Presley was fired from the police department following his arrest Wednesday on charges of voluntary manslaughter and violation of the oath of office.

The family also intends to file a wrongful death lawsuit against the city, Turner reported.

Presley was charged after the Georgia Bureau of Investigation reviewed his body camera recording and other evidence in Green's death in the small town of Kingsland on Georgia's coast.

The officer's body-cam video has not been made public.

"We definitely need to see it," said Atlanta lawyer Reginald Greene, who is also representing the family. "These days, without the video, a lot of times what people tell you happened and what actually happened are not the same."

Presley's lawyer, Adrienne Browning, said her client is looking forward to his day in court and declined to make further comment.

Presley was following a vehicle that stopped at an intersection on June 20. No one has said why the officer began following Green's vehicle.

The driver and passenger then ran from the car, according to a statement from the investigative bureau.

Presley pursued the driver, shouting over police radios: "Got one running! Got two running!"

Presley, 26, caught up with Green, 33, making physical contact, but Green again fled, "at which time Presley fired multiple shots resulting in the death of Green," the bureau statement said. The physical contact is described in a court affidavit as "a brief physical altercation."

The killing has enraged family and friends of Green, a father of three who was a manager at a local fast-food restaurant.

"At first everybody was just frustrated because we had no answers," said Green's pastor, The Rev. Mack De'Von Knight of Refreshing Oasis Church in Kingsland. "Since there's been a charge, they have kind of calmed down somewhat."