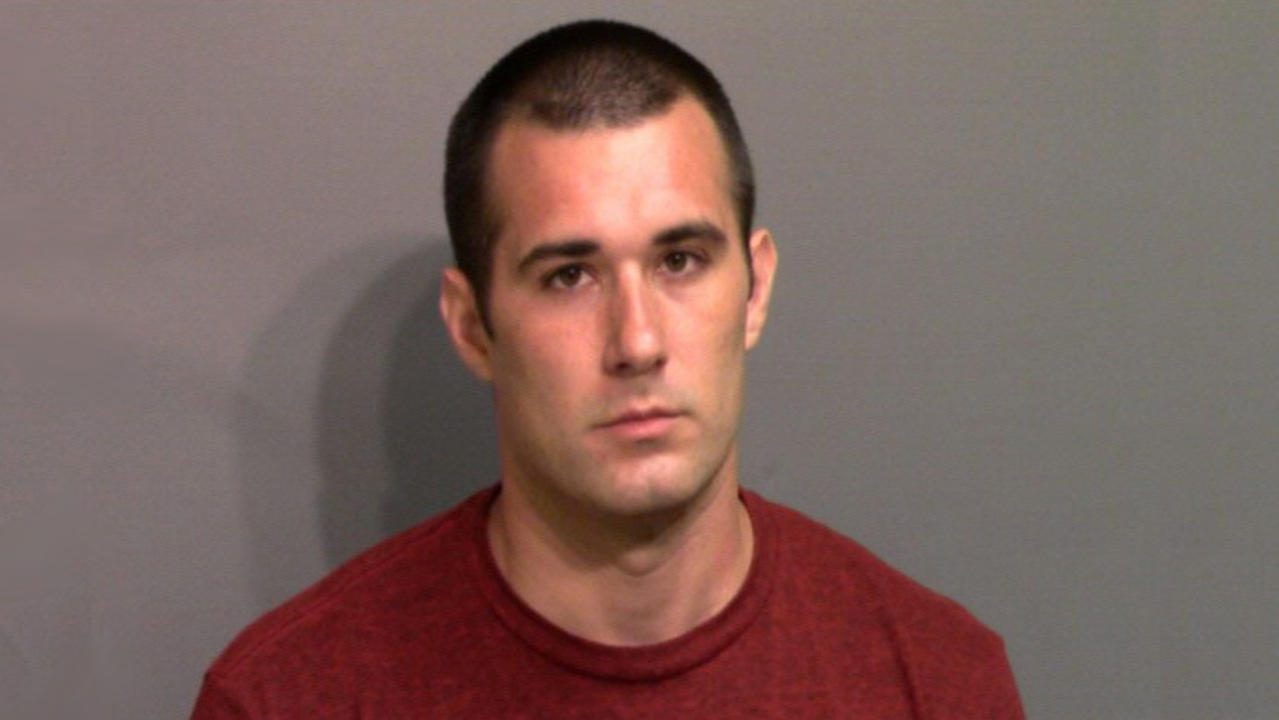 KINGSLAND, Ga. -- A Georgia police officer who fatally shot a black man who was running away from him was fired and jailed on charges of voluntary manslaughter and violating his oath of office, just one week after alerting a dispatcher to his frantic pursuit. Police Officer Zechariah Presley surrendered Wednesday to the Camden County Sheriff's Office after the Georgia Bureau of Investigation obtained warrants for his arrest.

A GBI statement says Presley, who is white, was following a vehicle that stopped at an intersection on June 21 when the driver and passenger ran. Presley pursued the driver, later identified as Anthony Marcel Green.

"Got one running! Got two running!" Presley shouted over police radio.

What happened next was recorded on Presley's body camera.

Those images were enhanced and reviewed by the GBI, special agent Stacy Carson said. She said it remains under investigation and neither the body-camera video nor dash-camera images are being made public.

Presley, 25, caught up with Green, 33, making physical contact, but Green again fled, "at which time Presley fired multiple shots resulting in the death of Green," the GBI statement says.

"Tony Green was gunned down in cold blood by Officer Presley. We are encouraged by his swift arrest, but we intend to remain vigilant until he is brought to justice and the family is able to get answers as to why this happened in the first place. The senseless killings of black men by police must stop," the statement said.

"We really believe it should be a murder charge," said Knight.

Presley's first appearance in court was scheduled for 2 p.m. Friday at the Camden County Courthouse in Woodbine, Georgia, the sheriff's office said. Local media didn't report whether he has an attorney to speak on his behalf.

The department also released Presley's personnel file, which shows he was hired last year despite admitting that he had physically fought with his wife, had bought or sold marijuana, repeatedly shouted at people, was involved in "2-3" accidents and had been arrested for "reckless, eluding, speeding," according to his handwritten text.

Presley also racked up nine incidents during his year in the police department, at one point parking outside the house of a black man who had complained to the chief, prompting the man to say that Presley had him fearing for his life.

Presley also was suspended for a day without pay and warned about his "poor decision making" in January after he called in a reckless driver while off-duty near a Dunkin Donuts, then sped off in pursuit in his private car at more than 100 mph before his sergeant reached him by phone and made him stop.

As for Green, local media report that he had a traffic ticket in March for a suspended license and a 2016 misdemeanor arrest.

Presley is being held in the Glynn County Jail rather than the Camden County Jail, where he worked as a guard before joining the police force.

Mack remembered Green, a father of two, as someone who was always laughing and joking.

"He was always full of laughter, full of love, every incident Tony was going to make a joke out of it," Mack said.

If convicted as charged, Presley faces up to 20 years in prison, the station reports. Green's aunt told the station she believes since Presley took Green's life, he should serve life in prison.

Kingsland is in Georgia's southeast corner, about 35 miles  north of Jacksonville, Florida.