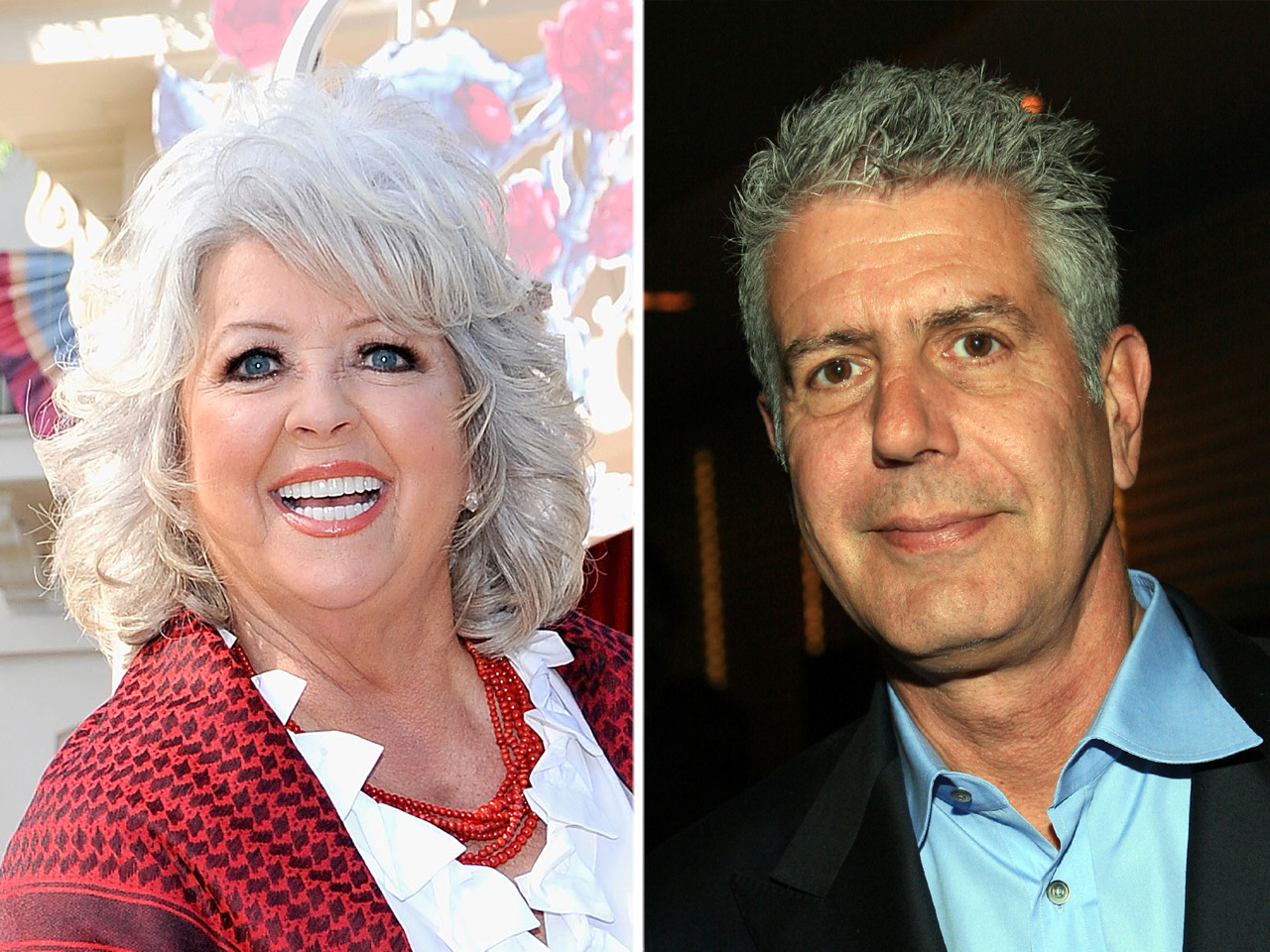 (CBS) Anthony Bourdain has a bit to say about Food Network personality Paula Deen, and none of it is nice.

Speaking to TV Guide, the "No Reservations" host dissed the self-proclaimed butter fan, calling her the "worst, most dangerous person to America."

"She revels in unholy connections with evil corporations and she's proud of the fact that her food is f---ing bad for you," he told the magazine. "If I were on at seven at night and loved by millions of people at every age, I would think twice before telling an already obese nation that it's OK to eat food that is killing us. Plus, her food sucks."

He later clarified on Twitter that Deen is "hardly the worst person in America, just the most destructive influence on [Food Network]."

On Thursday, the Southern cook addressed Bourdain's criticism, telling the New York Post, "Anthony Bourdain needs to get a life."

"You know, not everybody can afford to pay $58 for prime rib or $650 for a bottle of wine," she said. "My friends and I cook for regular families who worry about feeding their kids and paying the bills...It wasn't that long ago that I was struggling to feed my family, too."

She continued on "Fox and Friends," saying she was "shocked" about his attack on her, "considering I have never met Anthony."

"I was really shocked that such harsh words could be used," she adds. "I don't know if it was a publicity thing or if someone had just peed in his bowl of cereal that morning and he was mad."

While Bourdain, who also took aim at Deen's fellow Food Network colleagues Guy Fieri, Sandra Lee and Rachael Ray, may not be stepping into her Savannah, Ga., restaurant anytime soon, he did offer a resolution to their culinary differences.

"Next time I'm asked (for the millionth time) who the worst cooks on Food Network are, I'll just shut up," he tweeted. "Who cares?"