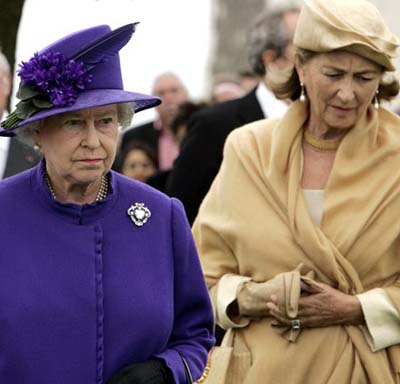 Authorities in North Carolina made two aerial searches Tuesday of the area along the Cape Hatteras National Seashore. This action comes after a man was killed by a shark and his girlfriend was critically injured as they swam along the North Carolina shore, the latest in a series of East Coast shark attacks and the second deadly one of the holiday weekend.

Spotters on one flight did see sharks, but the nearest ones to the scene of the attack were about 10 miles away, said Mary Doll of the National Park Service.

Three types of sharks are common in the area along the Outer Banks: sand tiger, bull and scalloped hammerhead.

Monday's attack, the first fatal one off North Carolina's coast in more than 40 years, came less than two days after a 10-year-old boy was killed by a shark near Virginia Beach, about 135 miles up the shore.

Beaches were open Tuesday but officials advised swimmers to be cautious, especially near dusk and dawn when sharks look for food near the shore.

CBS News Correspondent Mark Strassmann reports beach goers stayed out of the water — either terrified by coincidence of two deadly shark attacks in one weekend or by their own shark memories here from yesterday.

"I lifted his torso and pulled it out of the water and I saw a stump with a bone sticking out of it and I know something terrible had happened," said Gary Harkin, a rescuer.

"I don't know if I would use the word 'afraid,"' said David Griffin, director of North Carolina Aquarium on Roanoke Island. '"Respect' is better."

Doll identified the victim as Sergei Zaloukaev, 28, and his companion as Natalia Slobonskaya, 23. They lived together in Oakton, Va., a suburb of Washington, neighbors said.

Slobonskaya was alert and stable but remained in critical condition Tuesday, said Sandra Miller, spokeswoman for Sentara Norfolk General Hospital in Virginia. She was on a ventilator to assist her breathing, said Dr. Jeffrey Riblet, a trauma surgeo at the hospital.

Residents and workers along the popular stretch of beach were stunned.

"My son fishes and surfs these waters all the time," said Carlene Beckham, an employee of the Avon Fishing Pier. "But after seeing what happened today he said he's not so sure anymore."

Sharks had been reported in the area in recent days but not at the time of Monday's attacks. "No one saw any animals in the water. They saw people in distress but nothing in the water," Doll said.

Officials were uncertain how far out the couple were swimming when attacked. Bystanders had already dragged them to shore and were administering first aid when rescue workers arrived, said Skeeter Sawyer, director of emergency medical services for Dare County.

The man was still talking when he reached the shore, said witness Gary Harkin, 33, of Columbus, Ohio. He said he tried to put a tourniquet on the man's leg while his friend, Carolyn Richards, administered CPR.

"I did have a pulse on him twice, but I lost him," Richards said.

The victim was already in full cardiac arrest when medics arrived, Sawyer said.

He said Slobonskaya's left foot had been bitten off and Zaloukaev had lost his right foot. Both also had severe bites on their buttocks, thighs and lower legs.

Riblet said he was surprised Slobonskaya survived. He said she also lost a chunk of flesh from her left buttock and hip that was about 12 inches in diameter and nearly to the bone.

It was believed to be the first attack on the North Carolina coast this year. The last reported fatal shark attack was in 1957, according to the International Shark Attack File in Gainesville, Fla.

Fifty-two shark attacks have occurred worldwide this year, including three fatal ones, said George Burgess, of the ISAF. Twenty-nine have been in Florida waters.

Last year, there were 84 shark attacks worldwide, 53 in the United States, he said.

In Virginia on Saturday, a shark attacked 10-year-old David Peltier of Richmond, and released him only after the boy's father hit the shark on the head. David died hours later after losing large amounts of blood from a severed artery.

In early July, 8-year-old Jessie Arbogast's right arm was ripped off by a 6 1/2-foot-long bull shark off Florida's Gulf Coast. His arm was reattached after a daring rescue by his uncle, and he remains in a light coma.