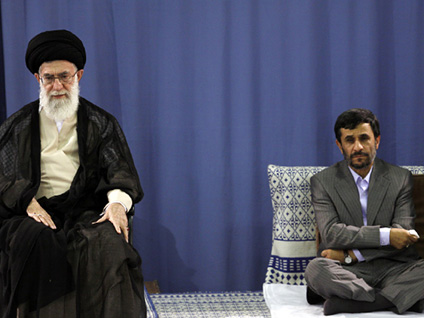 Senate Democrats on Thursday blocked Texas Judge Priscilla Owen from being confirmed to the U.S. Appeals Court, the second time they've thwarted President Bush and majority Republicans in a confrontation over federal judgeships.

GOP senators were not able to get the 60 votes they needed to break the filibuster on Owen, a home-state favorite of the president who has been nominated to the 5th U.S. Circuit Court of Appeals in New Orleans. Their attempt to break the Democratic filibuster failed, 52-44.

The vote broke down along mostly party lines, with independent Sen. Jim Jeffords of Vermont voting with the Democrats and two Democrats — Sens. Zell Miller of Georgia and Ben Nelson of Nebraska voting with the GOP. Four senators did not vote: Democrats Paul Sarbanes of Maryland, Joe Lieberman of Connecticut, Bob Graham of Florida and Republican James Inhofe of Oklahoma.

Republicans say Owen is more than qualified for the appellate bench and that Democrats misrepresented her positions and demonized her when they rejected her nomination last year when they controlled the Senate.

"I think that Justice Owen has been put in the political meat grinder in Washington, D.C.," said Sen. Kay Bailey Hutchinson, R-Texas.

But Democrats complain that Owen, who sits on the Texas Supreme Court, is an anti-abortion, pro-business judicial activist whose opinions and rulings are overly influenced by her personal beliefs. Bush forced them into this new filibuster by sending her name back for confirmation, they said.

"We are here because the president has picked another fight with the United States Senate by renominating a divisive and controversial activist to another circuit court, and that's regrettable," said Sen. Patrick Leahy of Vermont, the top Democrat on the Senate Judiciary Committee.

Democrats say they have more than enough votes in their 48-member caucus to keep Owen bottled up in the Senate for months to come.

"She seems to want to make law to fit her own ideological preconception rather than follow the law as written," said Sen. Charles Schumer, D-N.Y.

A successful filibuster on Owen for Democrats will mean that simultaneous filibusters will be going against Owen and Hispanic lawyer Miguel Estrada, nominated to the U.S. Court of Appeals for the District of Columbia. It will be the first time two official filibusters against judicial nominees have occurred simultaneously in the Senate.

Republicans have lost four attempts to break the Estrada filibuster. If they're successful on Owen, Democrats say they're prepared to have three or even more judicial filibusters going simultaneously.

Though the Senate has confirmed most lower court judges nominated by President Bush, both Owen and Estrada are nominees for powerful appeals courts, and Democrats say they will use whatever means they can to block those they see as right wing judges, reports CBS News Correspondent Bob Fuss.

All year they've threatened to filibuster against the nomination of U.S. District Judge Charles Pickering of Mississippi to the 5th Circuit.

"I think Pickering will have a very rough time," Schumer said. "And I think they'll be more" filibusters.

The Senate Judiciary Committee vote will indicate whether Democrats will try to filibuster a nominee, Schumer said. The committee has 10 Republicans and nine Democrats.

Sen. John Cornyn, R-Texas, says he will hold hearings in his Senate Judiciary subcommittee in May to try to resolve the Senate logjam. Cornyn personally would prefer to ban filibusters and holds on judicial nominees.

"The Senate needs to find an end to the downward spiral of accusations, obstruction and delay," said Cornyn, who put together a letter from all 10 Senate freshmen calling for quicker confirmation of judges.

Schumer suggested setting up bipartisan nomination commissions in each state that would recommend a judicial candidate to the president for each empty judgeship. "It's our best hope for breaking the vicious cycle," Schumer said.