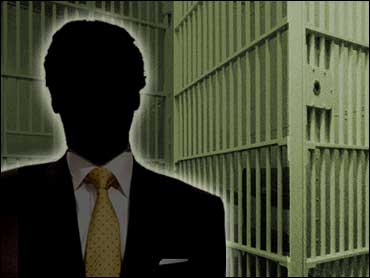 The owners of a company that managed hundreds of millions of dollars for universities and charities were arrested Wednesday on charges of looting their investment funds for over a decade to buy horses, collectibles and other personal items.

Bail was set at $7 million each, and they were ordered to post $1 million in cash or property that was not derived from the alleged fraud. Richard D. Weinberg, a lawyer for Walsh, and Robert J. Jossen, a lawyer for Greenwood, declined to comment.

The charges were disclosed on the same day authorities announced an arrest in an unrelated investigation of James Nicholson, president and general partner of Westgate Capital, a New York City investment fund.

Authorities said Nicholson, 42, defrauded investors who had put at least $100 million into his funds since 2004. They said the fraud came to light after several investors sought to redeem their money after hearing about a more than $50 billion fraud blamed on former Nasdaq chairman Bernard Madoff.

The charges were just the latest in a series of high-profile securities fraud scandals to rock Wall Street.

Madoff is under house arrest after authorities said he confessed to his sons in early December that he ran a $50 billion pyramid scheme.

Other cases include that of Florida hedge fund Arthur Nadel, accused of bilking investors of up to $350 million, and Mark Dreier, a prominent lawyer charged with stealing $400 million in a hedge fund scam. Dreier has pleaded not guilty.

Greenwood and Walsh were identified in court papers as the owners of Greenwich, Connecticut-based WG Trading Company LP and of Westridge Capital Management Inc., based in Santa Barbara, California. Their operation also had offices in Manhattan and Jersey City, New Jersey.

The firms' clients included "charitable and university foundations, retirement and pension plans and other institutions," according to the criminal complaint.

Prosecutors allege that since the summer of 2007, $1.3 billion in illegal wire transfers were made to bank accounts held by Greenwood and Walsh's wife.

The complaint also cites an interview with an unidentified WG Trading employee who described being instructed to transfer funds to personal bank accounts.

The criminal investigation of Greenwood and Walsh sprang from an audit launched earlier this month by the National Futures Association, a Chicago-based regulatory agency for the U.S. futures industry.

The group suspended the pair after they refused to answer questions about a dubious series of loans between their various entities that involved more $500 million in transfers, NFA spokesman Larry Dyekman said Tuesday.

"They wouldn't cooperate at all so we had to take action," Dyekman said.

Greenwood was elected last year as a supervisor in North Salem, New York, where press accounts say he raises horses on a 300-acre farm. He once owned Old Salem Farm, a 54-acre riding school and horse farm bought from Paul Newman and Joanne Woodward.

The FBI made another arrest Wednesday in a third case of securities fraud.

Trader Mark Bloom, who had once worked with Greenwood and Walsh, was charged with securities fraud and was awaiting an appearance in federal court. He was accused of misappropriating millions of dollars, including to purchase a luxury Manhattan apartment.