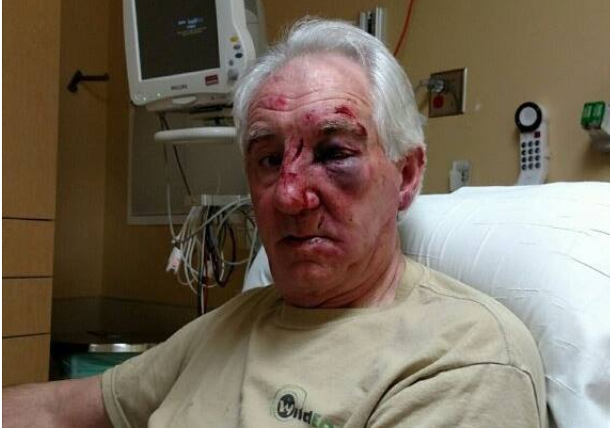 Authorities are searching for a male suspect accused of assaulting an elderly man in an apparent road rage incident in East Bethel, Minnesota. The Anoka County Sheriff's Office said in a Facebook post that the incident occurred Friday evening at 8 p.m. local time.

The victim told police he was forced to brake suddenly to avoid traffic, which angered the suspect. The suspect then began driving aggressively, taunting the man. The man was unaware that the suspect followed him to his home where he was attacked for about a minute, sustaining blows to the head and face. Police said the man asked the victim if he had "had enough" and stopped the attack.

Police called the suspect a "clear danger to the public" and described him as a 35-year-old white male who is 6 feet tall with short hair that was possibly buzzed. He was last seen wearing a long leather jacket and likely had injuries to his hands. His vehicle was described as a new dark silver or grey vehicle with LED headlines. The vehicle also had tinted windows.

"We believe there are people who may have information about this attack," police said in a statement. They encouraged the public to call the sheriff's office at 763-427-1212.