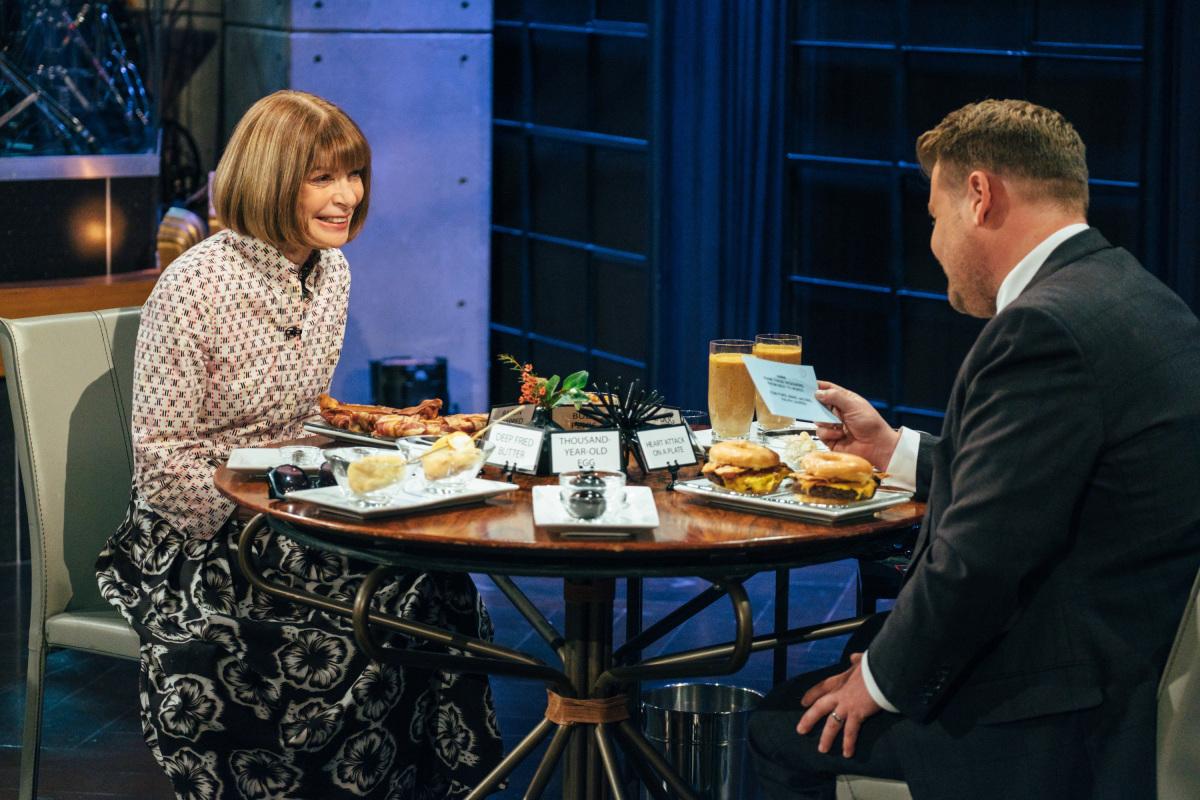 Vogue editor-in-chief Anna Wintour got real with James Corden when he asked her who she would never invite to the ultra-exclusive Met Gala again. The fashion power player did not hold back when Corden asked her during "Spill Your Guts" on the "Late Late Show."

The premise of the game is that Corden and his guest ask each other tough questions, and can either eat a strange food or answer the question. This edition was different in that Corden learned that Wintour hates fast food, so along with bull penis and "thousand-year-old egg," there were also dishes like a bacon-wrapped pizza and a "heart attack on a plate" -- a bacon cheeseburger inside a doughnut.

Wintour demurred when Corden asked her to rank Tom Ford, Marc Jacobs and Ralph Lauren in order. She said Tom Ford first because she had had dinner with him the previous night, but declined to rank the others. Wintour was forced to eat bacon-wrapped pizza.

But when Corden asked, "Who would you never invite back to the Met Gala?" she responded without hesitation, "Donald Trump."  Donald and Melania Trump attended the Met Gala several times before he was elected president.

Wintour supported and raised money for Hillary Clinton during the 2016 campaign.

Watch the clip below to see what tough questions Wintour asked Corden, and if he ended up eating bull penis.