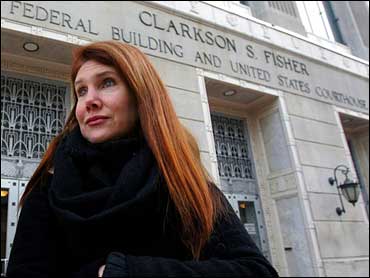 A federal jury on Thursday convicted an animal rights group and six of its members of inciting violence and terror during their ongoing campaign to shut down a company that uses animals to test drugs and consumer products.

The government claimed the group, which goes by the acronym SHAC, used its Web site to incite violence against people and institutions it claimed were affiliated with the animal testing lab, Huntingdon Life Sciences, which has laboratories in New Jersey and Britain.

The verdict came after about 14 hours of deliberations over three days and followed a three-week trial before U.S. District Judge Anne E. Thompson.

There was no audible reaction from the defendants or about a dozen of their supporters in the courtroom.

SHAC, based in Philadelphia, and six of its members were charged with animal enterprise terrorism, stalking and other offenses as part of its five-year campaign against Huntingdon Life Sciences.

The trial on the first charge, conspiracy to violate the Animal Enterprise Protection Act, is believed to be the first since the law was enacted in 1992, said the prosecutor, Assistant U.S. Attorney Charles B. McKenna.

The defense rested after just one day, and used testimony from the group's president, Pamelyn Ferdin, a former child star who was the voice of Lucy in the movies and TV specials based on the "Peanuts" comic strip. She was not charged.

Ferdin, who also played Felix Unger's daughter Edna on "The Odd Couple" TV comedy series, told jurors, "For the government to say you can't say this and you can't say that is going down a very scary path of going toward fascism."

Ferdin became leader of the group in 2004 after its former president, Kevin Kjonaas and the others were indicted.

Also testifying was one of the defendants, Joshua Harper, who said that he opposes injuring any life form, including human beings. But he also said it is all right to throw rocks through someone's window as long as the person is not home.

The six-count indictment charged SHAC and its members with animal enterprise terrorism, which carries a sentence of up to three years in prison and a $250,000 fine.

SHAC and three of its members were also charged with multiple counts of interstate stalking and conspiracy to engage in interstate stalking, which carries a maximum sentence of five years in prison and a $250,000 fine for each count.

The group and four of its members were charged with one count of telephone harassment, which carries a maximum sentence of two years in prison.

During the trial, the prosecution presented testimony showing that SHAC's campaign against Huntingdon involved posting personal information about its employees and those of firms that do business with the animal testing company on the Web. Many of those targeted have had their homes vandalized, and received threats against them or their families, testimony revealed.

Under cross-examination by defense lawyers, prosecution witnesses admitted they did not know who sent e-mails or faxes or made telephone calls they had described as threatening.

Prosecutors also presented testimony from an FBI agent who gathered records of Kjonaas' telephone calls. Those showed a call from Kjonaas to a man later charged with setting off bombs outside a California pharmaceutical company, Daniel Andreas San Diego, several hours after the bombings.

San Diego is still being sought by authorities in connection with the bombing of Chiron Corp. in Emeryville, California, on Aug. 28, 2003.