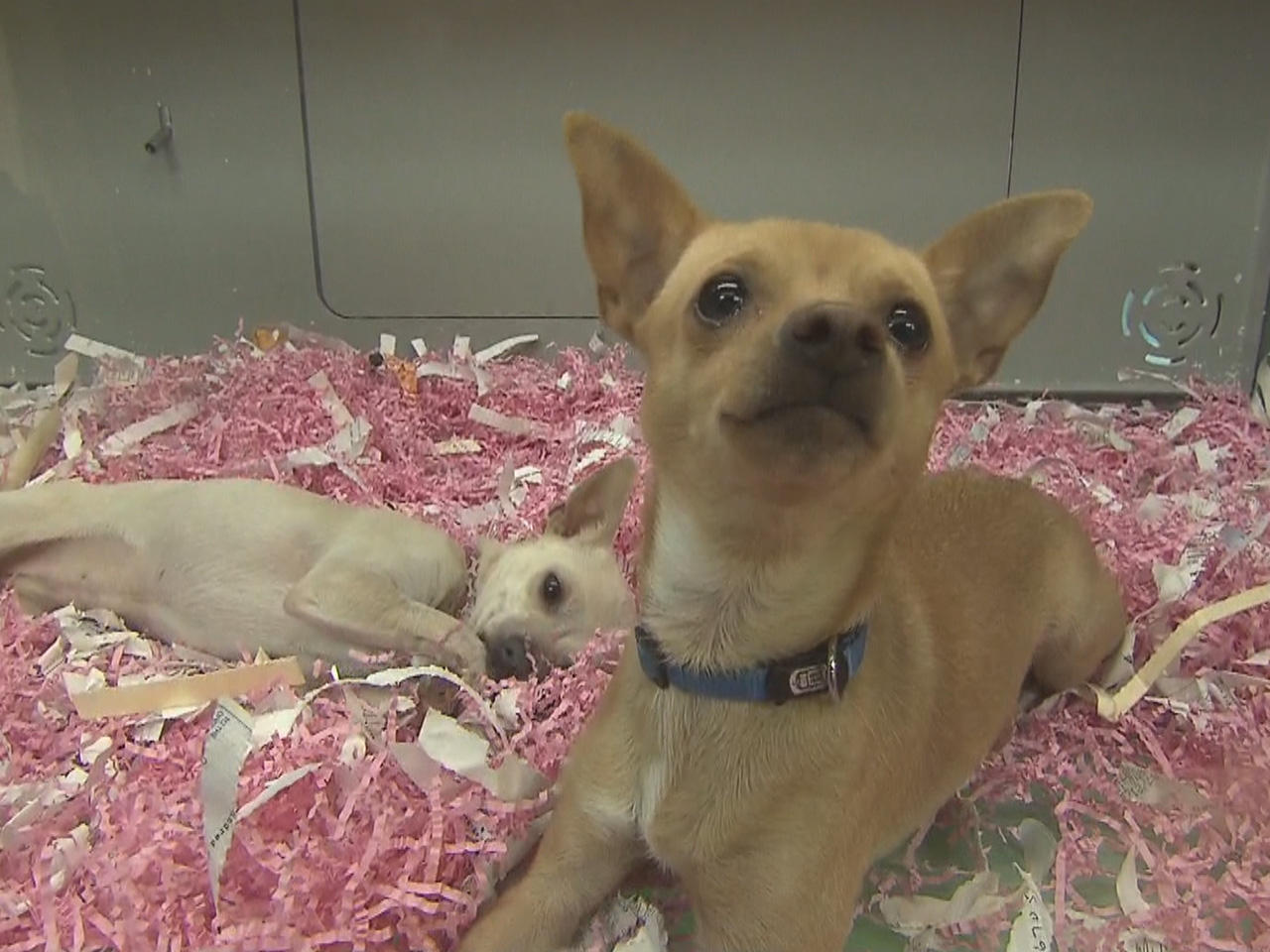 Animal lovers are calling attention to a controversial scheme being used by some pet stores. Customers say they thought they were taking out loans to finance and own pricey pets. Instead, they say they were duped into signing lease agreements.

Vladimir Duthiers, of our streaming network CBSN, spoke to one pet owner who paid almost double the sticker price to keep dogs she thought she already owned.

Here's how it works: pet stores lure customers in with a cute but expensive pet. Then the customers sign what they believe is a loan that will allow them to make low monthly payments for the pet.

But it's not really a loan; it's a lease. And customers often don't realize it until it's too late.

Courtney Peterman says she thought she was taking out a $3,000 loan to buy dogs Cass and Max at a Connecticut pet store in 2015. She signed a contract, made her first payment of $185, and took the dogs home.

Eighteen months later, Peterman expected the loan to be paid off, but she called the bank and was told she had almost 20 more payments to go. "I was appalled," she said.

She kept making payments, fearing the worst about what would happen if she defaulted.

"I was like, OK, what bills am I not going to pay now so I can make sure no one's going to come to my door and take my dogs away?" Peterman said.

The contract was with the leasing company Wags Lending. Peterman signed it electronically at the store and admits  she didn't read it carefully when it was sent to her later.

"This is simply a business that's built on deception and cruelty," said Jennie Lintz of the ASPCA. She believes pet stores are purposely dangling low monthly payments to unsuspecting customers in exchange for these questionable leases.

"Just like someone who goes to a car dealership, people get distracted thinking about the monthly payment and might no longer negotiate that sticker price," Lintz said. "Once they start adding in the fees, all of a sudden, the dog that you could've bought for $1,500 is $5,000."

But more trouble comes trying to get out of the contract. Lintz said, "Even people whose pets have died during the course of the lease are continued to be expected to pay."

Duthiers asked, "If the pet that you're leasing dies, you are still responsible for paying however many months or years are left on the contract?"

Lesley Fair, an attorney with the Federal Trade Commission, says the first question consumers need to ask is, "Is this a lease?"

She says "pet leasing" has been on the FTC's radar for about three years, and while it's not illegal, pet shops can be held responsible. "Companies have an obligation to make sure, first, that consumers know it's a lease; second, that the terms are very clear upfront," Fair said. "Consumers need to read these contracts very, very carefully."

Peterman was able to get out of her lease after filing a complaint with the Better Business Bureau. In the end, she paid about $5,600 to officially own the dogs.

She told Duthiers, "Don't finance a dog, ever. If you don't have the means to pay for a dog, you shouldn't be paying for one."

Last year, California and Nevada banned pet leasing. This year New York is expected to become the third state to instate a ban. On Monday, Sen. Bob Menendez of New Jersey sent a letter to the FTC chairman, urging him to investigate the practice.

"CBS This Morning" reached out to the Connecticut pet store where Courtney Peterman bought her dogs and have not heard back.

Wags Lending would not provide a comment for our story.

Inside the studio of Marvel artist Alex Ross

Chrysler exploding gas tank "remedy" not enough for some

Gun control: A history of tragedy and action