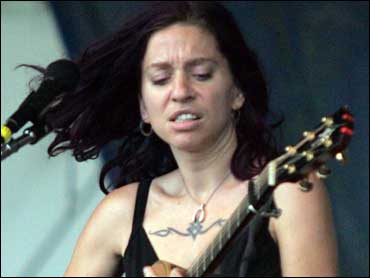 Ani DiFranco has renamed the 19th-century Gothic church in Buffalo that she bought and renovated.

Originally dubbed The Church, the venue is now Babeville.

DiFranco's first public concerts in the space were set for Tuesday and Wednesday in Asbury Hall, the former sanctuary. Both concerts were sold out.

The 36-year-old singer reopened the building in January after she and her manager, Scot Fisher, saved it from the wrecking ball and, with the city's help, poured $10 million into its renovation.