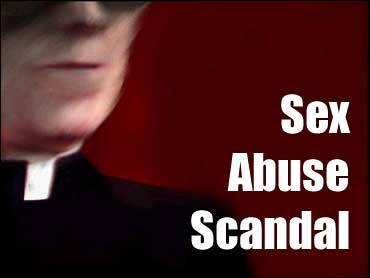 Boston's Cardinal Bernard Law, referring to the Roman Catholic Church as "a community wounded by public scandal," called on the faithful to maintain their belief despite the wrenching scandal over sexual abuse of children by priests that has rocked the U.S. church this year.

Law, who celebrated Easter Mass at the Cathedral of the Holy Cross in Boston, did not apologize to victims of priestly abuse. Instead, he urged Catholics to focus their gaze on the "unseen mystery of Easter," the holiest day of the year for Christians.

Law's sermon came as yet another Catholic priest admitted to sexual misconduct. The Michigan priest, who abruptly resigned in January, admitted to having "inappropriate sexual contact" with a minor more than 20 years ago in a letter read to his former congregation, a Michigan newspaper reported.

Rev. Vincent DeLorenzo, 63, made the admission following allegations of sexual abuse of an 8-year-old boy over a five-year period beginning in the late 1970s, the Flint Journal newspaper reported Sunday.

"Many years ago, I had inappropriate sexual contact with a minor," DeLorenzo said in the statement read during services on Friday and Saturday at the Holy Redeemer Catholic Church in Burton, located outside of Flint, Michigan.

"This has caused harm to that young person. I am sorry it happened and now publicly apologize for what I did," he wrote in the letter.

Law told worshipers that "even though we carry in our hearts those who bear the wounds of betrayal ... especially by clergy, even though we experience the pain of dissent within the church ... nonetheless we fix our gaze with unshakable faith on the risen Lord."

As the choir sang the processional hymn, protester Rick Webb, 49, of the Boston suburb of Wellesley, shouted "Boycott! Boycott! Boycott!" - an apparent reference to the determination by many Catholics to withhold financial support until the church hierarchy has made what they feel is sufficient reform in response to the crisis.

"The whole city is really upturned," said Debbie Elovitz, of
Boston, who witnessed the outburst. "To have signs like that up
today is very disrespectful."

Outside the cathedral, a handful of protesters carried signs reading "House of Rape" and "Cardinal Law Resign." Police confiscated nails another protestor - a man with a cross taped to his back and a sign reading: "Stop crucifying us."

The current scandal sweeping the Catholic Church in the United States and in a number of other countries started in Boston, where a former priest has been accused by some 130 people of molesting them during a more than 30-year career as a Boston-area priest.

The priest, John Geoghan, is serving a nine-to-10-year prison sentence for fondling a schoolboy. The Boston diocese has settled dozens of cases against Geoghan for about $45 million and there are scores more suits outstanding stemming from claims against Geoghan and other Boston priests.

The scandal mushroomed after court documents revealed Law and five other leaders of the diocese's hierarchy knew of Geoghan's problems but continued to shuttle him from parish to parish. Since the allegations against Geoghan came to light, priests in New Hampshire, Florida, Pennsylvania, Missouri and California have been removed over allegations of sexual abuse.

"I do feel ... a responsibility to share my story if it can help others who have lived through this similar awful experience," Oskey told the newspaper in an interview from his home in Virginia.

Oskey said DeLorenzo fondled him more than 100 times over a five-year period while he attended the St. Pius X Catholic Church in Flint Township, where he served at the time. He finally decided to deal with the trauma caused by the abuse.

"My life was put on hold for 32 years because of it. It's all of our responsibility to stand up and do what's right, to just be aware of this stuff," Oskey said.

DeLorenzo, who was not present at the church, said he sought medical and psychological treatment in January and resigned after 14 years as pastor at the church.

Genesee County Prosecutor Arthur Busch told the newspaper he is looking into the abuse allegations, but added that the statute of limitations could pose a "significant obstacle" to any prosecution of DeLorenzo. The law sets time limits for prosecuting all but the most serious of crimes.

Genesee County authorities and The Holy Redeemer Catholic Church could not be reached for comment.

Chicago's Cardinal Francis George, in his Easter sermon Sunday, cautioned against generalizing about all priests. "Priests are not a criminal class," George said. He asked for prayers for priests and for himself to help him handle properly any sex abuse charges, should they arise.

One suburban Chicago priest resigned last week after revelations about a sexual scandal from two decades ago.

The Chicago Tribune ran a front page story on Sunday quoting several priests lamenting why church leaders had failed to learn lessons about reporting abuses following a similar rash of cases a decade ago in the Chicago archdiocese.

On Saturday, authorities in Ohio said they were investigating a former Catholic priest for allegedly sexually abusing the 6-year-old son of a 41-year-old man he allegedly molested more than 20 years ago.

The man, who grew up in Cleveland but now lives in Michigan, said he learned that ex-priest Neil Conway had molested his son repeatedly last year on a farm the cleric had inherited from his parents, said Capt. Larry Momchilov of the Summit County Sheriff's Department.

No charges have been filed against Conway pending further investigation of the new allegations, said Momchilov, who declined to comment further on the case.