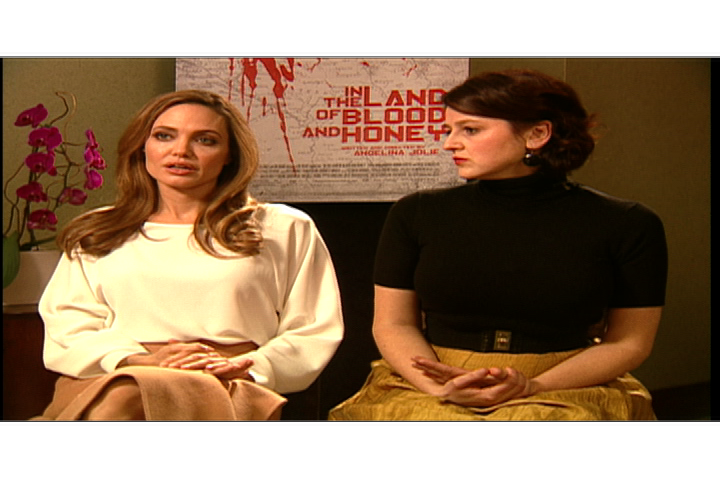 President Obama met with Angelina Jolie and Brad Pitt at the White House Wednesday. The power couple was in Washington, D.C. for a screening of "In the Land of Blood and Honey," a film Jolie directed about the Bosnian War.

Jolie spoke with CBSNews.com Tuesday about her directorial debut.

"I sat down at my computer one day very frustrated with violence against women and lack of intervention," Jolie, who is also a Goodwill Ambassador to the United Nations, said.

"I always felt guilty about how little I knew about Bosnia and I always felt a responsibility to find out what happened to my generation."

"In the Land of Blood and Honey" is a love story set against the backdrop of a war that tore apart the Balkan region in the 1990s. Jolie characterized the film as "heavy" for its scenes depicting genocide, rape and brutality.

"The more I read, the more I learned, I was shocked at how little had been spoken about and I felt compelled to tell the story," Jolie said.

Jolie cast many people for whom this story was very personal.

One of the leads, Vanessa Glodjo, was born and raised in Bosnia and told CBSNews.com working on the film was a "beautiful opportunity."