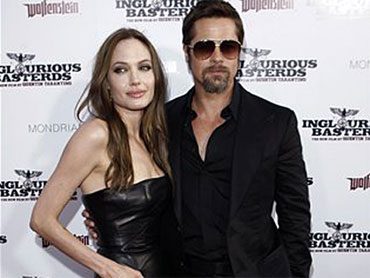 Brad Pitt and Angelina Jolie have accepted undisclosed damages in London's High Court to settle a privacy claim against a British tabloid that had reported they were planning to split.

The celebrity couple began legal action against the News of the World after it reported in January that the two had agreed to separate. The pair argued the newspaper had made false and intrusive allegations in saying that they had planned to divide assets worth $320 million and had made arrangements regarding the custody of their six children.

"When the News of the World failed to publicly retract the allegations and apologize for them - thereby leaving their readers in the dark as to the true position - the couple felt they had no alternative than to sue," the couple's attorney, Keith Schilling, said in a statement. "Today's victory marks the end of the litigation brought by Brad and Angelina."

The newspaper confirmed that a settlement had been reached, but declined to comment further.

The movie star couple did not attend the hearing.