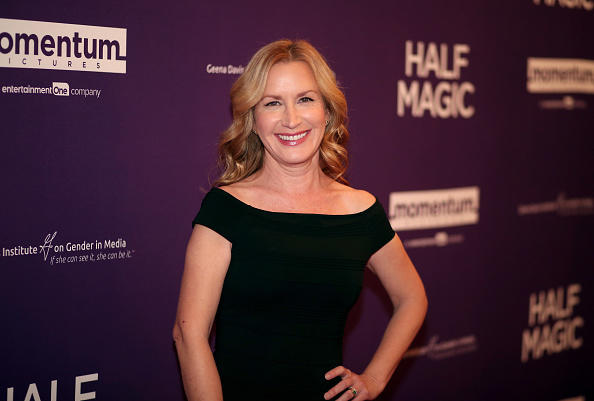 Actress Angela Kinsey, best known for playing Angela Martin on sitcom "The Office," was not pleased with her nephew's dating shenanigans after she discovered he was using a photo of her on his Tinder profile. So, she shamed him on Instagram.

The Tinder profile of 25-year-old "James," proudly claims to potential matches in his bio that he is Kinsey's nephew, writing, "yes Angela from the office is my aunt." And his profile features a smiling photo of his famous aunt and himself to drive the point home.

Kinsey appeared to have confirmed her relation to the man on her Instagram story, writing, "Nephews ... do not put me in your @tinder profile photos. K. Thx. Byeeeee."

James' profile also says he is a "Life long musician." Maybe he can play Kinsey "The Little Drummer Boy" to make it up to her?