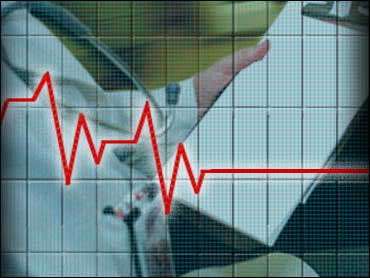 A nurse who worked at a northern Texas hospital has been charged with killing four patients - the first charges in an 18-month-old investigation into the deaths of at least two dozen people at the facility.

Jackson was placed in Montague County jail on $2 million bond.

She has not been charged in any additional deaths. It was not immediately clear if she is a suspect in other cases or whether more charges might be filed.

"We think this a very healthy first step to finding out what has happened," said Michael R. Graham, the hospital's chief executive officer.

The investigation began last year after some Nocona General Hospital officials realized the number of deaths in December 2000 and January 2001 was twice the normal level. The deaths were traced to the same shift.

Several vials of mivacurium chloride, a drug used to temporarily stop the breathing process in order to insert a breathing tube, were reported missing from the 38-bed hospital in late January 2001. In June 2001, authorities exhumed 10 bodies, choosing those considered the best candidates for autopsies.

Authorities have not said whether traces of the drug were found in any bodies.

The accused nurse has been named in civil lawsuits filed on behalf of two former patients.