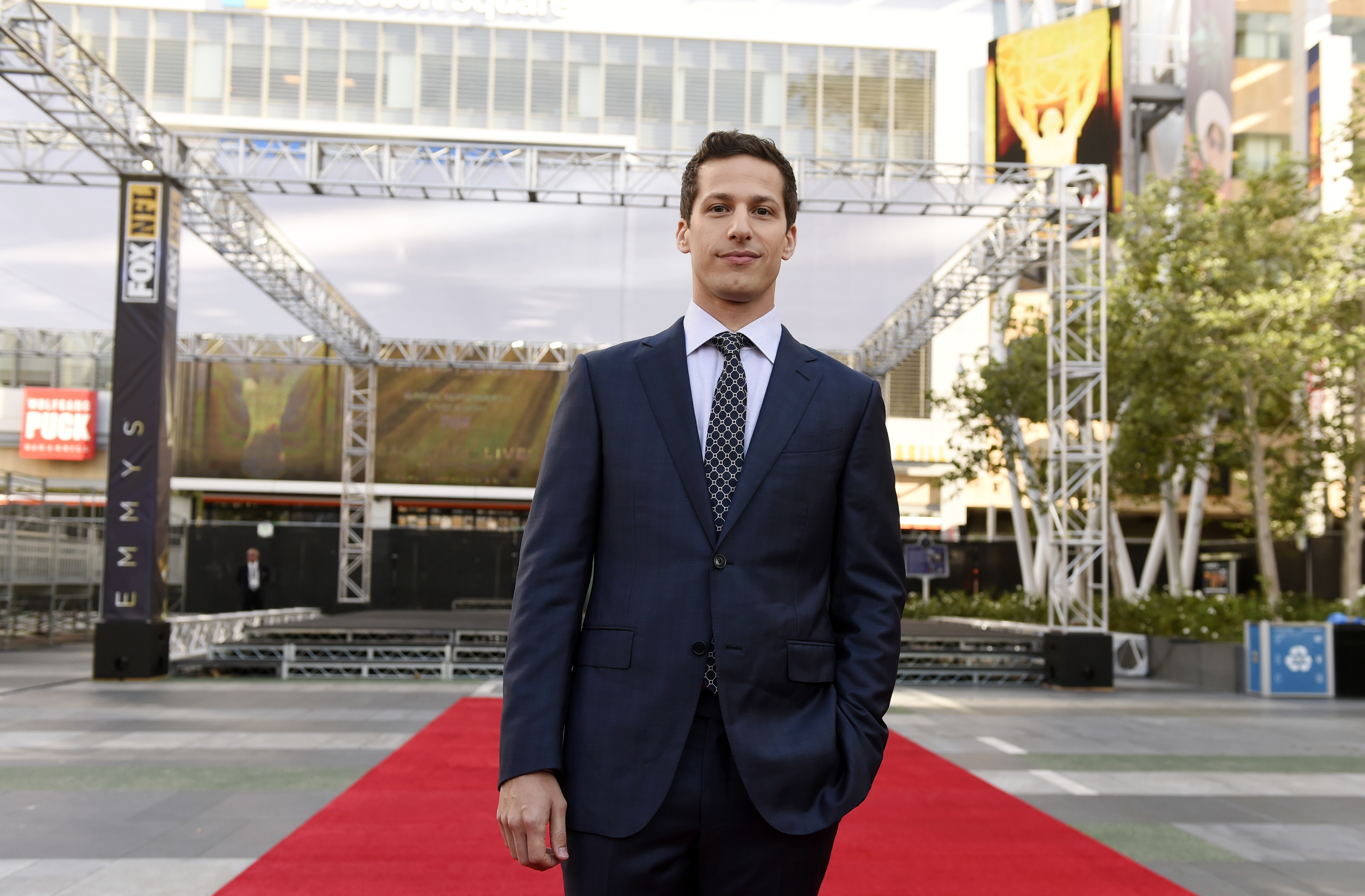 LOS ANGELES -- Andy Samberg hopes to roll some silliness into the Emmys ceremony with a little help from his funny friends.

After ceremoniously unraveling the red carpet outside the Microsoft Theater, the "Brooklyn Nine-Nine" star said Wednesday he's angling to inject some goofiness into Sunday's celebration with assistance from the jokesters behind the IFC show and podcast "Comedy Bang! Bang!"

"We've got a silly crew," said Samberg. "I think we're going to find a good balance. You don't want it to be too silly or too meta to the point where it feels like we're not taking the show seriously."

"I know it'll be a funny show," said the "Saturday Night Live" alum. "We have really funny presenters this year. The deck is very stacked with comedy in the room, a lot of which is due to them including the sketch comedy category in the primetime show this year, which is great."

Bruce Rosenblum, chairman and CEO of The Academy of Television Arts and Sciences, said Samberg has free reign as Emmys host.

"The reason he was selected was to be innovative, fresh and funny," said Rosenblum. "We're looking forward to that."

Inside the theater, place cards positioned in seats in front of a cube-covered stage offered a glimpse of the evening's seating arrangements. Julia Louis-Dreyfus, Kevin Spacey, Kerry Washington, Tina Fey and Amy Poehler are among the celebs with front row spots.