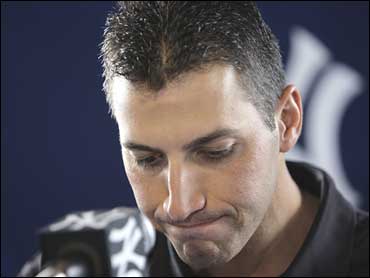 A five-time World Series champion, Pettitte had been telling the Yankees since the end of the season that it was likely he wouldn't play in 2011. He became a free agent and has not attempted to negotiate a contract.

Pettitte's departure leaves a huge hole in the Yankees' rotation, with no proven starters behind CC Sabathia, Phil Hughes and A.J. Burnett.

Having failed to sign free agent Cliff Lee, New York has agreed to minor league contracts with Bartolo Colon and Freddy Garcia in recent weeks, trying to find more options for a fourth and fifth starter in addition to youngster Ivan Nova and Sergio Mitre.

Pettitte had said that he increasingly felt the tug to return to Texas and his family. Once the school year ended, his family traveled to New York where they could be together during homestands, but the distance from his loved ones now has trumped whatever desire he had to climb higher in the Yankees record book.

Pettitte's 203 wins with the Yankees are the third-most in franchise history, trailing only Whitey Ford (236) and Red Ruffing (231).

He is expected to be a witness this summer at the trial of former teammate Roger Clemens, indicted on charges he lied to a congressional committee when he denied using performance-enhancing drugs.