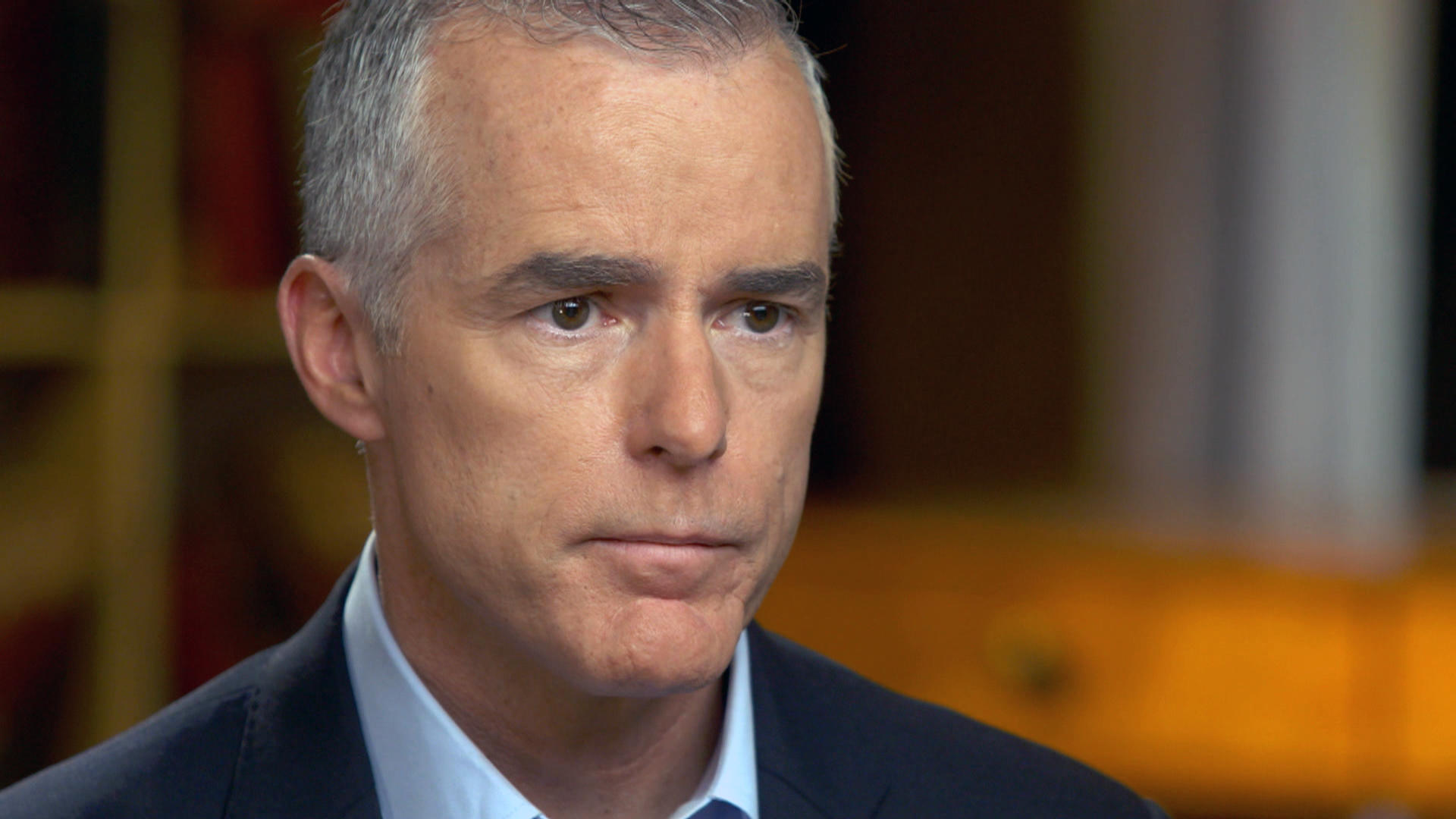 Soon after speaking to President Trump about the firing of his boss James Comey, Andrew McCabe, who became the bureau's acting director, began obstruction of justice and counterintelligence investigations involving the president and his ties to Russia. In his first television interview since his own firing, McCabe tells 60 Minutes' Scott Pelley he wanted those inquiries to be documented and underway so they would be difficult to quash without raising scrutiny.

"I wanted to make sure that our case was on solid ground and if somebody came in behind me and closed it and tried to walk away from it, they would not be able to do that without creating a record of why they made that decision," McCabe tells Pelley in the interview.

The interview with the veteran FBI agent who rose to acting director of the bureau will be broadcast on 60 Minutes, Sunday, Feb. 17 at 7 p.m., ET/PT on CBS.

"I was very concerned that I was able to put the Russia case on absolutely solid ground, in an indelible fashion," McCabe said. "That were I removed quickly, or reassigned or fired, that the case could not be closed or vanish in the night without a trace."

The White House responded to the opening of that investigation, calling it a "completely baseless investigation."

"I was speaking to the man who had just run for the presidency and just won the election for the presidency. And who might have done so with the aid of the government of Russia, our most formidable adversary on the world stage," McCabe said of the meeting with President Trump. "And that was something that troubled me greatly."

The first excerpt from the interview was broadcast on "CBS This Morning" on Thursday as Pelley appeared on the program to talk about his report on McCabe.

"The most illuminating and surprising thing in the interview to me were these eight days in May when all of these things were happening behind the scenes that the American people really didn't know about," Pelley said on the show.

"There were meetings at the Justice Department in which it was discussed whether the vice president and a majority of the Cabinet could be brought together to remove the president of the United States under the 25th Amendment," Pelley said. "These were the eight days from Comey's firing to the point that Robert Mueller was appointed special counsel. And the highest levels of American law enforcement were trying to figure out what to do with the president."

Pelley said McCabe confirms in their interview that Deputy Attorney General Rod Rosenstein offered to wear a wire in meetings with President Trump. Previously, a Justice Department statement claimed that Rosenstein made the offer sarcastically, but McCabe said it was taken seriously.

"McCabe in [the 60 Minutes] interview says no, it came up more than once and it was so serious that he took it to the lawyers at the FBI to discuss it," Pelley told "CBS This Morning."

The Department of Justice told 60 Minutes that McCabe's version of events is "inaccurate and factually incorrect" and that the "deputy attorney general never authorized any recording [of the president.]" The statement goes onto say, "nor was the deputy attorney general in a position to consider invoking the 25th Amendment."

The White House said in a statement, "Andrew McCabe was fired in total disgrace from the FBI because he lied to investigators on multiple occasions, including under oath. His selfish and destructive agenda drove him to open a completely baseless investigation into the President. His actions were so shameful that he was referred to federal prosecutors. Andrew McCabe has no credibility and is an embarrassment to the men and women of the FBI and our great country."

McCabe has written a book, "The Threat: How the FBI Protects America in the Age of Terror and Trump," in which he describes his career, and the FBI investigative process. It's an insider's account that details FBI decisions in the 2016 election and what took place at the bureau in the days between the firing of Comey and the appointment of special prosecutor Robert Mueller to probe Russian influence in the election.