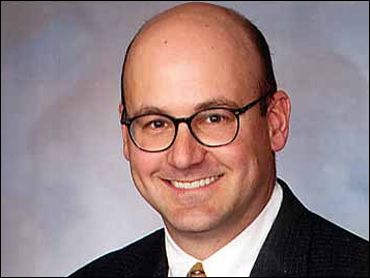 Murrow Award-winning Andrew Cohen serves as the legal editor and chief network legal analyst and commentator for CBS News and its hundreds of television and radio affiliates around the country. He is a contributing essayist for CBS News' "Sunday Morning" program and is regularly featured on CBS Radio's "The Osgood Files." He writes the popular "CourtWatch" legal column for CBSNews.com and the new "Open Bar" column for Vanity Fair Online.

In those roles over the past 12 years, Cohen has provided analysis of thousands of national legal events and issues, including the Supreme Court nominations of John Roberts, and Samuel Alito, the I. Lewis "Scooter" Libby trial, the Florida recount challenge, the Paula Jones lawsuit, the Lewinsky investigation, the Clinton impeachment trial, the Martha Stewart trial, the Robert Blake trial, the Kobe Bryant trials, Terry Nichols' trial in Oklahoma, the Andrea Yates' murder trial, the JonBenet Ramsey murder investigation, the Microsoft anti-trust trial, the Elian Gonzalez custody battle, the Oklahoma City bombing trials, the Unabomber case, the Eugene McKinney court-martial, the Freemen trials, and the Louise Woodward case.

He also covers news and controversies out of the United States Supreme Court, lower federal courts and the Justice Department. Cohen also has covered many local trials and legal issues for CBS News affiliates around the country. He is currently focusing upon the legal events and issues raised by the Sept. 11, 2001 terror attacks, the ramifications of the U.S. Attorney controversy, the complexities of the Madoff scandal and the AIG bailout, the same-sex marriage debate across the country, the Sotomayor confirmation fight, and many other high-profile legal stories.

Cohen also has regularly contributed to the op-ed pages of the Denver Post, the Rocky Mountain News, the Washington Post, the Los Angeles Times, the Houston Chronicle, and USA Today. He has written op-ed pieces for The New York Times, the Chronicle of Higher Education, the Philadelphia Inquirer, the Baltimore Sun, the Kansas City Star and the Detroit Free Press.

In addition, his legal commentary and analysis has been used by the Associated Press, Reuters, the National Law Journal, the Baltimore Sun, US News and World Report, the Washington Times, the Washington Post, the Philadelphia Inquirer, the Chicago Tribune, the Kansas City Star, Tulsa World, the Dallas Morning News, the Boston Globe, Newsday, the Houston Chronicle, the Detroit Free Press, Newsweek Magazine, Time Magazine, People Magazine, and The New York Times. Before joining CBS News full-time, Cohen was a frequent guest on the Cable News Network, Fox News Channel and Court-TV.