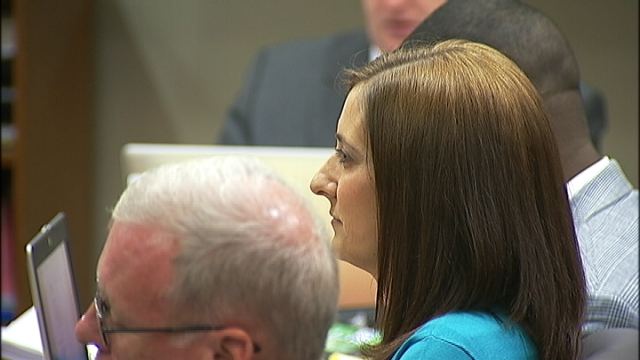 (CBS) DECATUR, Ga. - Deliberations are underway in the trial of Andrea Sneiderman, a Georgia woman who is accused of lying under oath and hindering the investigation into her husband's 2010 death.

The case went to the jury late Thursday afternoon.

Prosecutors initially said Andrea was having an affair with Neuman and that she arranged her husband's killing, but murder charges against her were later dropped. She has pleaded not guilty and has repeatedly denied any romantic relationship with her former boss.

On Monday, prosecutors called FBI Special Agent David Freyman to testify before wrapping up their case. Freyman told the jury that calls and texts between Andrea Sneiderman and Neuman had been deleted on the day her husband was killed, CBS Atlanta reports.

Late Monday, the defense asked the judge to drop six of the 13 remaining charges against Sneiderman, arguing that the state had failed to make its case. The judge disagreed.

When the defense began calling witnesses on Tuesday, compelling testimony was introduced by the director of Dunwoody Prep, the daycare center where Rusty Sneiderman was gunned down.

Jane Newman recounted a phone call from Rusty Sneiderman's father the morning of the murder, the station reports.

"It was one of the worst moments of my life," Jane Newman told the court. "I had to tell a father his son was shot."

Also this week, several of Andrea Sneiderman's friends and acquaintances testified she was happily married to Rusty.

"There was this little sparkle in her eye when she was talking about him and you could just really hear the pride," testified Ben Nadler, who went to the same synagogue as the Sneidermans.

Prior to the defense resting its case Thursday, the judge asked the defendant if she wished to testify and she said she did not.

In closing arguments, one of Sneiderman's attorneys, Tom Clegg, attacked the credibility of the prosecution's witnesses, even mocking what one wore.

Clegg called out prosecution witness Shayna Citron for the red dress she wore on the stand and said she was performing for the camera. He also led the jury through the indictment disputing each count as he went.

Clegg told jurors the case against his client is purely circumstantial and Andrea Sneiderman is the "victim" because of Neuman's actions.

Clegg said that it was Dunwoody police who failed to ask the right questions.

During the prosecution's closing arguments, District Attorney Robert James attacked Andrea Sneiderman's credibility, at one point yelling "You are a liar."

James said the case amounts to a "forbidden romance that ends in murder."

Prosecutors played several clips of video during closing arguments that they said show specific instances in which Andrea Sneiderman lied. James urged the jury to find her guilty.

"The truth is that Andrea Sneiderman is guilty of all 13 counts in this indictment because she, ladies and gentlemen, is a liar," said James. "In America, you cannot lie to police, and you cannot lie to the jury."