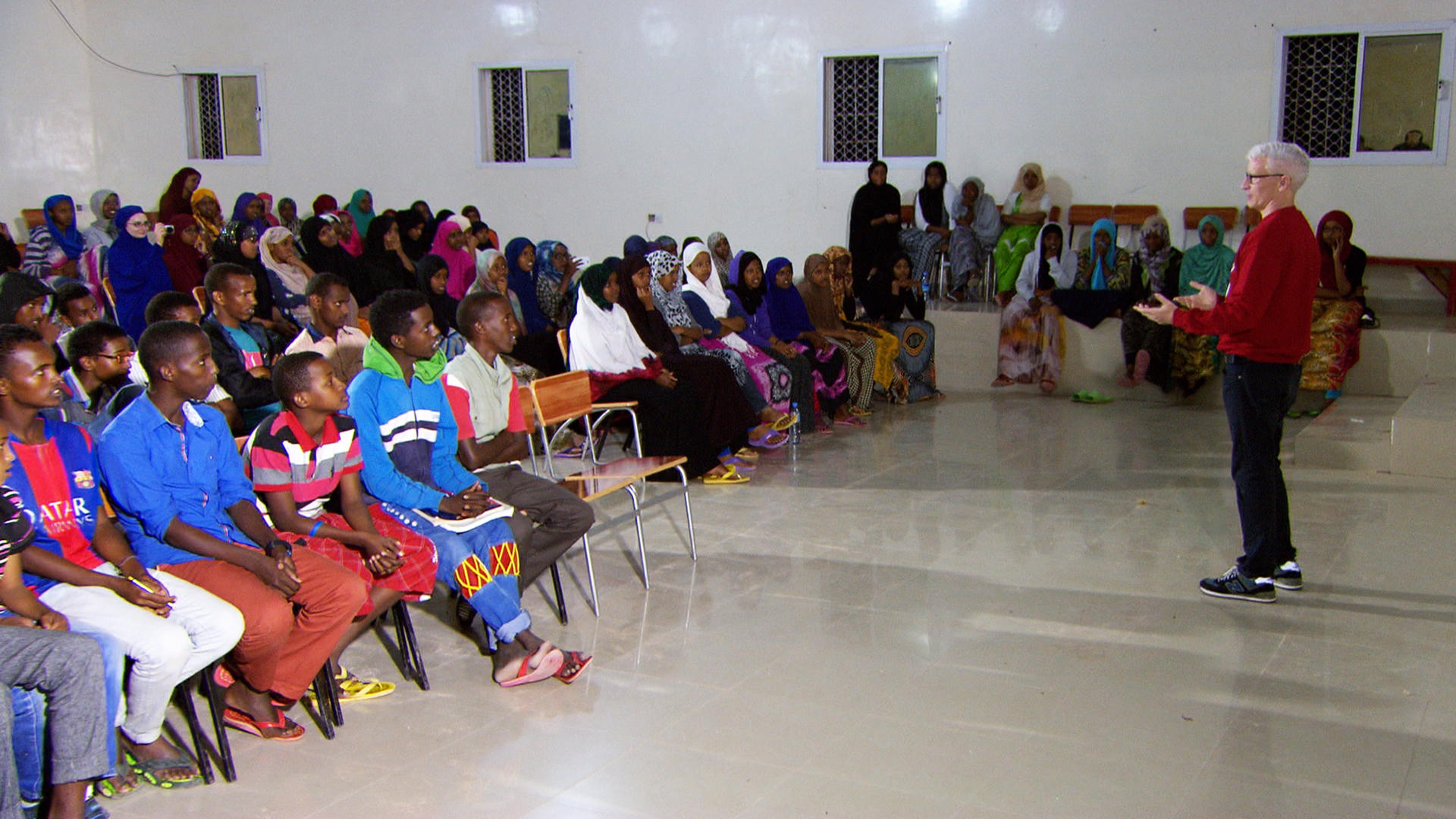 It was April 2016, and Anderson Cooper was in the middle of a busy campaign season, covering debates and presidential primaries, when 60 Minutes producer Henry Schuster proposed doing an education story in Africa. Would he want to fly to Somaliland—a trip requiring an entire day of travel each way to report on an American-style boarding school?

For Cooper, the presidential campaign could wait. His love of Africa is well-known among news producers who've worked with him.

"He couldn't have been quicker to say 'Let's do it,'" Schuster tells 60 Minutes Overtime. "He was fascinated by going to Somaliland, where he'd never been, and doing a story that had a positive angle."

Cooper and Schuster's Somaliland report, which airs this week on 60 Minutes, tells the story of the Abaarso School of Science and Technology. It's a boarding school that's home to around 200 of Somaliland's brightest students in grades 7 through 12. Founded by Jonathan Starr, a former hedge fund manager looking to give his life purpose, the school now sends students to the best universities in the U.S.

Twenty-five years ago, Somaliland split off from Somalia, which was plagued by famine and civil war. Though Somaliland today is faring better than its neighbor, it still isn't recognized as an independent country and remains one of the least developed places in the world.

But that hasn't stopped the students at Abaarso from being accepted into universities like Yale, MIT, and Harvard.

The curriculum at Abaarso is not much different from that of an American school—chemistry, geometry, trigonometry and contemporary world literature. Classes are taught in English, even though most students speak only Somali when they arrive. Immersed in English from the first day, most kids are fluent by the time they reach eleventh grade.

"[Anderson] just loved talking to them," Schuster says. "He was more comfortable with these kids than just about any place."

During a Q&A session with the students, excerpted in the video above, Cooper begins by telling them a bit about his life story. As he explains, around the time that Somaliland declared its independence, he was asserting his own freedom. He had graduated from Yale and was trying to break into the world of journalism-- with no luck.

"I decided that if no one was going to give me a chance, I'd have to take a chance," Cooper says. "So I decided to start going to wars by myself to become a war correspondent."

Cooper made a fake press pass and declared himself a journalist. Somalia, he tells the room of attentive students, was one of his first stops.

He also gives them advice for becoming journalists, including the importance of getting an internship and becoming a good writer. But a journalist must do more than tell compelling stories, Cooper explains.

One student asks if he has ever been threatened by an American politician, and Cooper answers that, while sometimes the challenge of holding a politician to their word can be intimidating, it's never threatening.

Not so in Somalia, one student says, where it feels as though journalism has become a crime. What advice does Cooper have for youth who want to follow his path but fear retribution?

"I don't know that I would have the courage to do what I do in a country that didn't protect journalists, in a country where I could very easily be killed or just disappear," Cooper says.

"And I think it's very important. Change only happens when people are able to speak truth to power, when people who are in power are held accountable for what they do and what they say."

The video above was produced by and edited by Will Croxton.