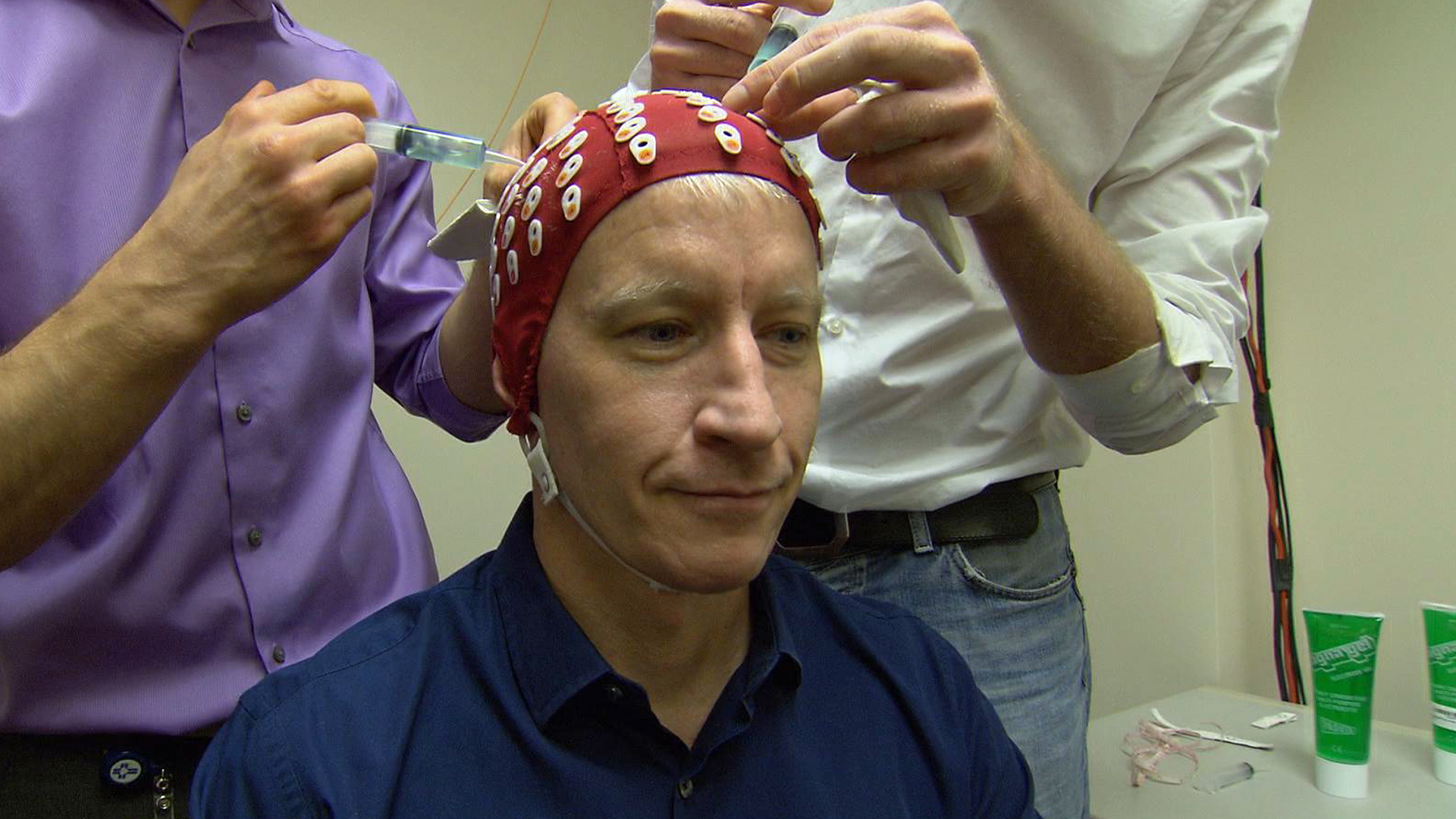 CNN Anchor and 60 Minutes correspondent Anderson Cooper is one of the busiest journalists in America. And like many people, he's constantly working his cell phone, probably more than most. But this Sunday, he puts it down to meditate and report on what it's like to try to achieve "mindfulness," a self-awareness that scientists say is very healthy, but people are losing to life's many distractions like cell phones. Cooper's report will be broadcast on 60 Minutes Sunday, Dec. 14 at 7 p.m. ET/PT.

Cooper learns to meditate in the course of his reporting. Then, he dons a cap with 128 electrodes, which monitors his brain to show how meditating and mindfulness can alter its function.

The study and analysis is done by Dr. Judson Brewer, a psychiatrist and neuroscientist at the University of Massachusetts. He believes everyone can learn to meditate and achieve the same mindfulness, escaping constant use of digital devices, which he believes are addicting.

"[Being on a phone has] the same reward pathways as addiction, absolutely," Dr. Brewer tells Cooper.

Says Cooper, "I'm on mobile devices all day long. I feel like I could go through an entire day and not be present. It's exhausting." And not just for him, says Dr. Brewer. "All of this is leading to a societal exhaustion."