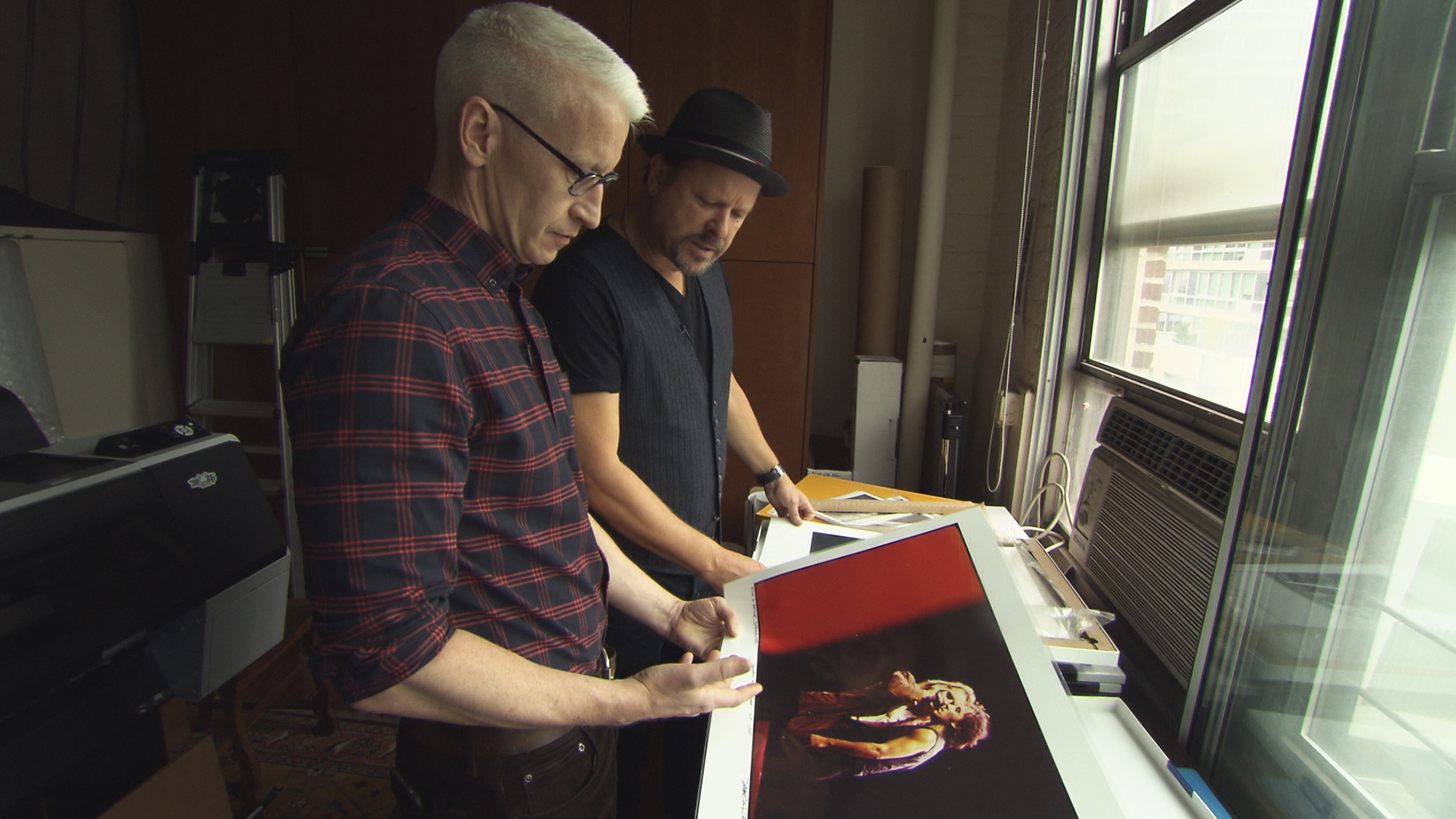 Bruce Springsteen, Chuck Berry, Willie Nelson, Lady Gaga, Tupac Shakur. The list of musicians photographed by Danny Clinch goes on and on. But who's the man behind the camera? That's what Anderson Cooper set out to discover for 60 Minutes this week.

"He's got this incredible collection of photographs and these incredible stories of getting the photographs," Cooper tells Overtime editor Ann Silvio in the video above.

There was the time he and Bruce drove a '48 Pontiac on the Asbury Park boardwalk. Or when he photographed Bob Dylan at the Ambassador Hotel in Los Angeles, soaking in the history of the place where Robert F. Kennedy was killed. There are also a few shoots Clinch would rather forget -- like when he snapped dozens of photos of Madonna performing before realizing he forgot to put film in his camera. "That happened to me only once," he laughed.

As Cooper discovered, musicians seem to trust Clinch, often allowing him unfettered access to private moments or letting him walk out on stage during a show to get the perfect audience shot, like the one he took of thousands of fans watching the Foo Fighters' Dave Grohl. "In order to capture kind of an electric moment that happens on stage, it requires a lot of preparation," Cooper explains. "Even if it looks like a completely impromptu, spontaneous moment, it's not happenstance. You can't just kind of stumble into it."

That preparation has paid off for Clinch. He's captured iconic images of musicians like Johnny Cash (waiting quietly to go onstage) or Tupac Shakur (shirtless, proudly displaying a chest full of tattoos). "Anybody who's in the business of telling stories, whether it's through pictures or on camera or writing, you have to be able to relate to people," Cooper explains. "And sort of in a very truncated amount of time develop some sort of a connection."

If Clinch seems to connect with musicians, that's probably because he is one himself - he's never without his camera or his harmonica. He recently got a chance to use both when he traveled with New Orleans' Preservation Hall Jazz Band to Cuba.

"And you can get a photo of it," Cooper said. "You can capture it."

Ultimately, the photos Clinch takes speak for themselves. The shot of Tupac shirtless made the cover of Rolling Stone magazine -- but not until after the rapper was killed.

"Danny's, you know, talked about no matter what the assignment is, always shooting it like it's going to be a cover," Cooper explains. "Because you never know how something is going to end up being used, either at that time or down the road. I mean, some of these images, they really stand the test of time."