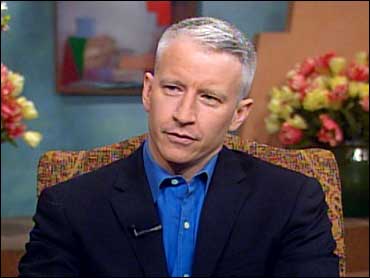 The popular CNN anchorman became a household name after his reporting on Hurricane Katrina.

But that wasn't the first time the seasoned journalist came face-to-face with death and disaster.

For years, Cooper has been covering wars, tragedies and destruction in countries that usually get little attention in the United States.

He writes about his personal and professional experiences in his new memoir, "Dispatches From the Edge."

In it, Cooper discusses seeing death and destruction covering stories in far-flung corners of the world, even as he tried to find meaning in the death of his father when he was only 10, and the suicide of his brother.

On The Early Show Thursday, Cooper told co-anchor Hannah Storm the book "came about for me in the wake of Hurricane Katrina, and I started writing about a week after. In many ways, I'd been sort of writing it in my head for the last 15 years.

"But there was something about this sort of combination of the present that I was seeing, this horror and this tragedy, and the bravery and the compassion of the people I was meeting."

It wasn't the first time it had happened, but Cooper says there was a striking intersection between his personal and professional lives.

"I was surrounded by all these moments from my past," he said. "My father had lived in New Orleans. My father had grown up in Mississippi. I had been there with him as a child and he had died when I was very young. It was sort of this joining the past and present and I just started writing, and it sort of flowed from there."

Cooper's father was writer Wyatt Cooper, and his mother is Gloria Vanderbilt.

His was a fascinating childhood that he assumed was normal.

"It seemed normal to me at the time," he told Storm. "You know, my home life was very normal in many ways. We had a lot of — I met Charlie Chaplain when I was a little kid and Truman Capote used to be at the house a lot. I just thought they were odd characters. I didn't know exactly who they were.

"I said that, you know, there used to be — there's a statue of a great, great, great grandfather of mine in New York and I used to think that all grandparents turned into statues when they died. Obviously not the case!"

When Cooper was 10, his 50-year-old father died from heart disease.

The impact on Cooper's life was enormous, he says, and he's still coming to terms with it.

"I'm beginning, since writing this book, to get a lot of letters from people who've lost their parents when they were young. I do think there's a sort of common thread. … My world really changed completely. Sort of the person I was disappeared and this new person was formed from that loss. And I really wanted to be independent and earn my own money and sort of teach myself that I could survive in this world on my own."

He became a model and, just as he was about to graduate from college, his older brother, Carter, committed suicide, jumping off a balcony in front of his mother.

"That was really, for me, obviously, a life-defining event," Cooper says. "I mean, it sort of took me a long time to sort of figure it out and deal with it. And it really made me want to go to places where people were experiencing loss, and where people had experienced great tragedies and survived. And so I decided to start going to wars by myself.

"I tried to get into the news business, getting an entry-level job at ABC News after college. I could not get this job interview, which shows you the value of a Yale education these days!"

Then he faked press credentials and went to Burma.

"A friend of mine made a fake press pass for me on a Macintosh computer. And I borrowed a home video camera and started going to wars."

He started going places where the pain on the outside matched the pain he was feeling on the inside: "In many ways, I mean, I learned a lot from people who were experiencing tragedies. And that sort of is another thing in the book that I'm trying to do. I think loss is something all of us share. It's actually a bond that we all have, and all of us will experience it at some point. And we rarely talk about it. And it's rarely sort of part of this discussion.

"Yet, you go places overseas where people are dealing with loss and dealing with tragedy and the emotions are much more palpable. And you're able to discuss it and learn from it. So, part of writing the book was sort of showing and talking about what I've seen in all these places around the world and what I've learned about survival and what others can learn, as well."

Cooper will begin contributing to 60 Minutes and joked he just hopes he "doesn't mess it up!" 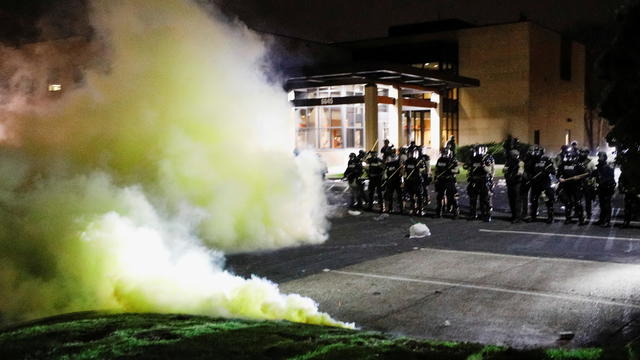 Police in Brooklyn Center say an officer an fired after a driver who'd been pulled over got back in his car and drove away. Protests followed, with the Derek Chauvin trial about to enter week three.