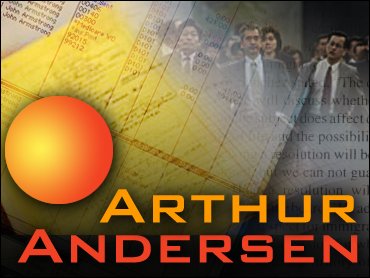 CBSNews.com Legal Consultant Andrew Cohen. looks back on the first week of the accounting firm's obstruction of justice trial.


Figuring that the best defense is a good offense, the lead attorney for Arthur Andersen on Thursday accused federal prosecutors of obstructing justice even as they pursue obstruction of justice charges against the battered accounting firm in a rare criminal trial. Who says lawyers don't have a polished sense of irony?

Rusty Hardin, the aptly-named courtroom face and voice of Andersen in this case, blasted government attorneys for playing games with potential Andersen witnesses. Hardin says that prosecutors are changing the status of the firm's former and current employees from mere witnesses to threatened targets on the basis of their interviews with the feds. "This is nothing more than pure intimidation," Hardin charged, "This was an attempt by the government to send a message..."

As Hardin would tell it, that message is: Tell prosecutors and investigators what they want to hear -- for example, that Andersen officials knew precisely what they were doing by shredding documents -- and you get to stay a witness without threat of prosecution. Tell prosecutors less than what they want to hear -- for example, that you don't know anything or that Andersen officials had no criminal intent when they authorized shredding -- and you had better go out and hire yourself an expensive attorney because you may soon find yourself on the hot seat and under indictment.

The feds haven't yet responded publicly about these charges and they don't really have to, unless and until Hardin raises the issue in court. The defense attorney says he is forwarding a formal request to have the Justice Department itself investigate the allegations, but don't bet on the folks at Justice in Washington suddenly turning on their colleagues in Houston over this. What the feds will say, if they say anything at all, is that the tactics Hardin complains about, even if true, probably don't amount to anything more than standard operating procedure for prosecutors -- nice and legal to boot. Know what? That's true.

One of the enormous structural benefits enjoyed by the government in the criminal justice system is the power to play hardball with witnesses, whether those witnesses are white-collar types like the ones in the Andersen case or your average off-the-street schmoe who might have something to offer prosecutors in a murder case. I bet there hasn't been an investigation yet in the modern history of this country which didn't include some prosecutor or cop putting a little heat on a particular witness to deliver the goods for the government at trial.

Sometimes, that heat shows up in the form of a plea deal with a promise to testify against someone else. The feds put the heat on Michael Fortier in this fashion to get him to testify against his buddy Timothy McVeigh in the Oklahoma City bombing case. Fortier got a prison sentence but never faced the death penalty. And sometimes the heat shows up merely in the form of testimony favorable to the prosecution -- as Hardin alleges may be the government's purpose in the Andersen trial. Like it or not, think it is fair or not, it's an inherent part of the unequal balance of power that exists between the state and the individual in the context of a criminal investigation.

Of course, prosecutors absolutely cannot suborn perjury on the part of any witnesses. And it would equally illegal and unethical for the feds to threaten a witness with prosecution merely because that witness's offered testimony isn't satisfactory from the government's point of view. But if a potential witness also may have committed an illegal act, the line is a lot less clear because the witness in that case isn't just a witness but also perhaps a "target" of the investigation. A "target" can quickly become a "suspect" and a "suspect" can quickly become an indicted "defendant" if a prosecutor or two sign off on it. And while there has to be a "probable cause" for an indictment, the reality is that there doesn't have to "probable cause" to mention to a witness that their status could change for the worse rather quickly.

Former federal prosecutor Franklin B. Velie offered a great line about what happens then. In discussing Hardin's allegations, he told the New York Times Thursday that the situation becomes "a very sophisticated game of chicken." "Chicken," as in, would the feds ever make good on their alleged threats to prosecute someone whose story they didn't happen to like? "Chicken," as in, would any potential witness tell the feds: "go ahead and indict me, if you do I'll just tell the jury that you asked me to lie under oath."? "Chicken," as in, would it be catastrophically bad form for the government in an obstruction of justice trial to even remotely engage in obstructionary tactics? Hardin has raised the issue and triggered the game of "chicken" in the Andersen case. How the game plays out from here is anyone's guess.

Meanwhile, although Andersen's own witnesses won't take the stand for weeks, at least one line of defense now is clear. Since the firm cannot with a straight face argue that no shredding took place after officials knew or should have known an investigation was under way, defense attorneys will argue instead that the documents that were shredded were irrelevant and insignificant. And keeping with their irony theme, the defense also will pitch to jurors the notion that there is something incongruous about a document destruction charge based in part upon the defendant's own documents.

The Andersen trial is just one week old. I bet you thought it would be boring to watch and listen to a bunch of lawyers and accountants getting together in U.S. District Court Melinda Harmon's courtroom in Houston.