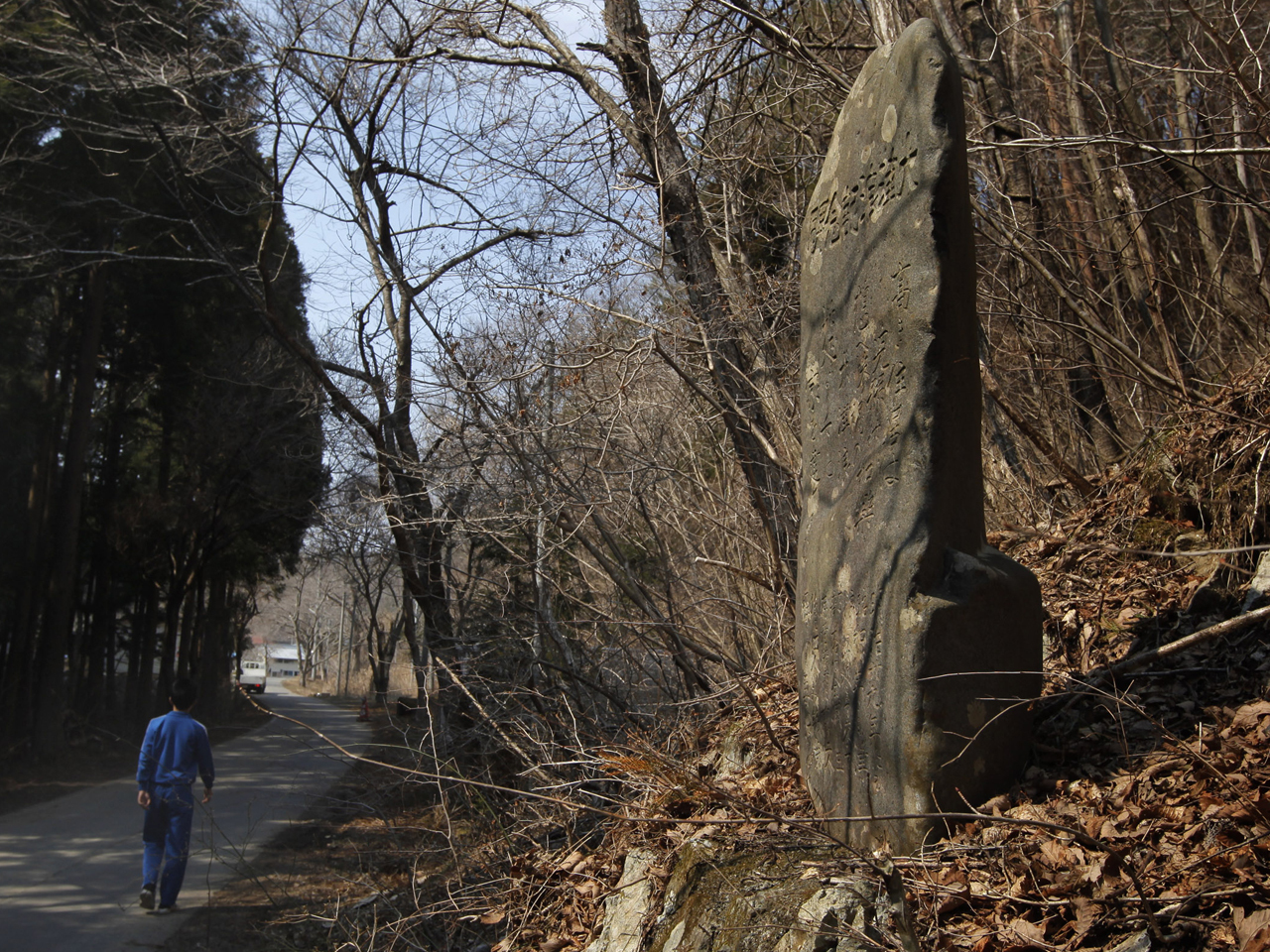 "High dwellings are the peace and harmony of our descendants," the stone slab reads. "Remember the calamity of the great tsunamis. Do not build any homes below this point."

It was advice the dozen or so households of Aneyoshi heeded, and their homes emerged unscathed from a disaster that flattened low-lying communities elsewhere and killed thousands along Japan's northeastern shore.

Hundreds of such markers dot the coastline, some more than 600 years old. Collectively they form a crude warning system for Japan, whose long coasts along major fault lines have made it a repeated target of earthquakes and tsunamis over the centuries.

The markers don't all indicate where it's safe to build. Some simply stand — or stood, washed away by the tsunami — as daily reminders of the risk. "If an earthquake comes, beware of tsunamis," reads one. In the bustle of modern life, many forgot.

More than 12,000 have been confirmed dead and officials fear the death toll could rise to 25,000 from the March 11 disaster. More than 100,000 are still sheltering in schools and other buildings, almost a month later. A few lucky individuals may move into the first completed units of temporary housing this weekend.

Workers at the tsunami-damaged Fukushima Dai-ichi nuclear power complex finally halted a leak of radioactive water into the Pacific on Wednesday, but it may take months to bring the overheating reactors under control.

A natural disaster as large as last month's 9.0 earthquake and tsunami happens perhaps once in a person's lifetime, at most. Tokyo Electric Power Co., the nuclear plant operator, clearly wasn't prepared. Many communities built right to the water's edge, some taking comfort, perhaps, in sea walls built after a deadly but smaller tsunami in 1960.

Many did escape, fleeing immediately after the quake. In some places, it was a matter of minutes. Others who tarried, perished.

"People had this crucial knowledge, but they were busy with their lives and jobs, and many forgot," said Yotaru Hatamura, a scholar who has studied the tablets.

One stone marker warned of the danger in the coastal city of Kesennuma: "Always be prepared for unexpected tsunamis. Choose life over your possessions and valuables."

Tetsuko Takahashi, 70, safe in her hillside house, watched from her front window as others ignored that advice. She saw an ocean liner swept half a mile in from the port, crushing buildings in its path.

"After the earthquake, people went back to their homes to get their valuables and stow their 'tatami' floor mats. They all got caught," she said.

Her family has lived in Kesennuma for generations, but she said those that experienced the most powerful tsunamis died years ago. She can only recall the far weaker one in 1960, generated by an earthquake off Chile.

Earlier generations also left warnings in place names, calling one town "Octopus Grounds" for the sea life washed up by tsunamis and naming temples after the powerful waves, said Fumihiko Imamura, a professor in disaster planning at Tohoku University in Sendai, a tsunami-hit city.

"It takes about three generations for people to forget. Those that experience the disaster themselves pass it to their children and their grandchildren, but then the memory fades," he said.

The tightly-knit community of Aneyoshi, where people built homes above the marker, was an exception.

"Everybody here knows about the markers. We studied them in school," said Yuto Kimura, 12, who guided a recent visitor to one near his home. "When the tsunami came, my mom got me from school and then the whole village climbed to higher ground."

Aneyoshi, part of Miyako city, has been battered repeatedly by tsunamis, including a huge one in 1896. Isamu Aneishi, 69, said his ancestors moved their family-run inn to higher ground more than a hundred years ago.

But his three grandchildren were at an elementary school that sat just 500 feet from the water in Chikei, a larger town down the winding, cliffside road. The school and surrounding buildings are in ruins. Their bodies have not been found.

Farther south, the tsunami washed away a seven-foot tall stone tablet that stood next to a playground in the middle of Natori city. Its message was carved in giant Japanese characters: "If an earthquake comes, beware of tsunamis."

That didn't stop some people from leaving work early after the earthquake, some picking up their children at school en route, to check the condition of their homes near the coast.

Many didn't make it out alive. More than 820 bodies have been found in Natori, some stuck in the upper branches of trees after the water receded. Another 1,000 people are still missing.

Hiroshi Kosai grew up in Natori but moved away after high school. His parents, who remained in the family home, died in the disaster.

"I always told my parents it was dangerous here," said the 43-year-old Kosai, as he pointed out the broken foundation where the tablet once stood. "In five years, you'll see houses begin to sprout up here again."