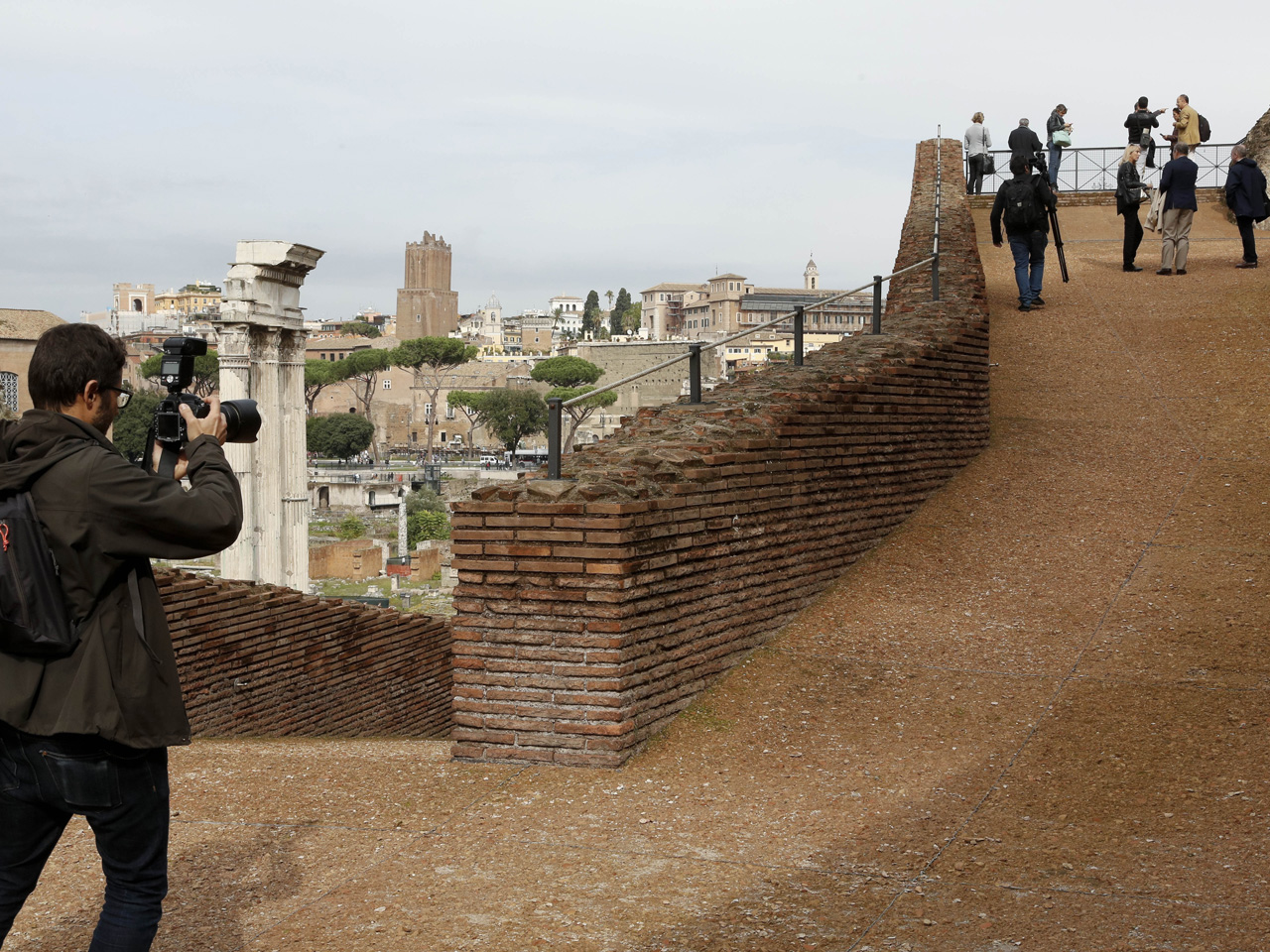 ROME -- Visitors to Rome can now see the Eternal City as the ancient Romans did, thanks to a restored, seven-level ramp that leads from the Roman Forum up to Palatine Hill and delivers a spectacular view over the ancient city.

The 1st-century arched ramp connecting the Forum to the hilltop Imperial Palace was first discovered in 1900. But restorations only began in earnest in 2009 and finished with the ramp's official opening to the public on Tuesday.

Forum Superintendent Francesco Prosperetti said the ramp links two very different areas: The public areas of the Forum, where day-to-day business and public administration was conducted and the more private residential area up on the hill.

"Today we can give back to the public an unknown portion of the Imperial Palace," said archaeologist Patrizia Fortini.

The ramp boasts seven levels connected by six hairpin turns, some underground and some above ground. It empties onto a hilltop terrace offering stunning views of the Forum, Rome beyond.

The ramp was opened to the public on the same day the public was invited to help fund other restorations of Italy's cultural heritage. A new crowd-funding initiative, Loveitaly!, was launched to encourage fans around the world to contribute to the upkeep of the country's artistic treasures amid a decline in public spending for conservation projects.

The first restorations funded by Loveitaly! include a room in the Domus of the Centaur in Pompeii and a sarcophagus at the National Gallery for Ancient Art.