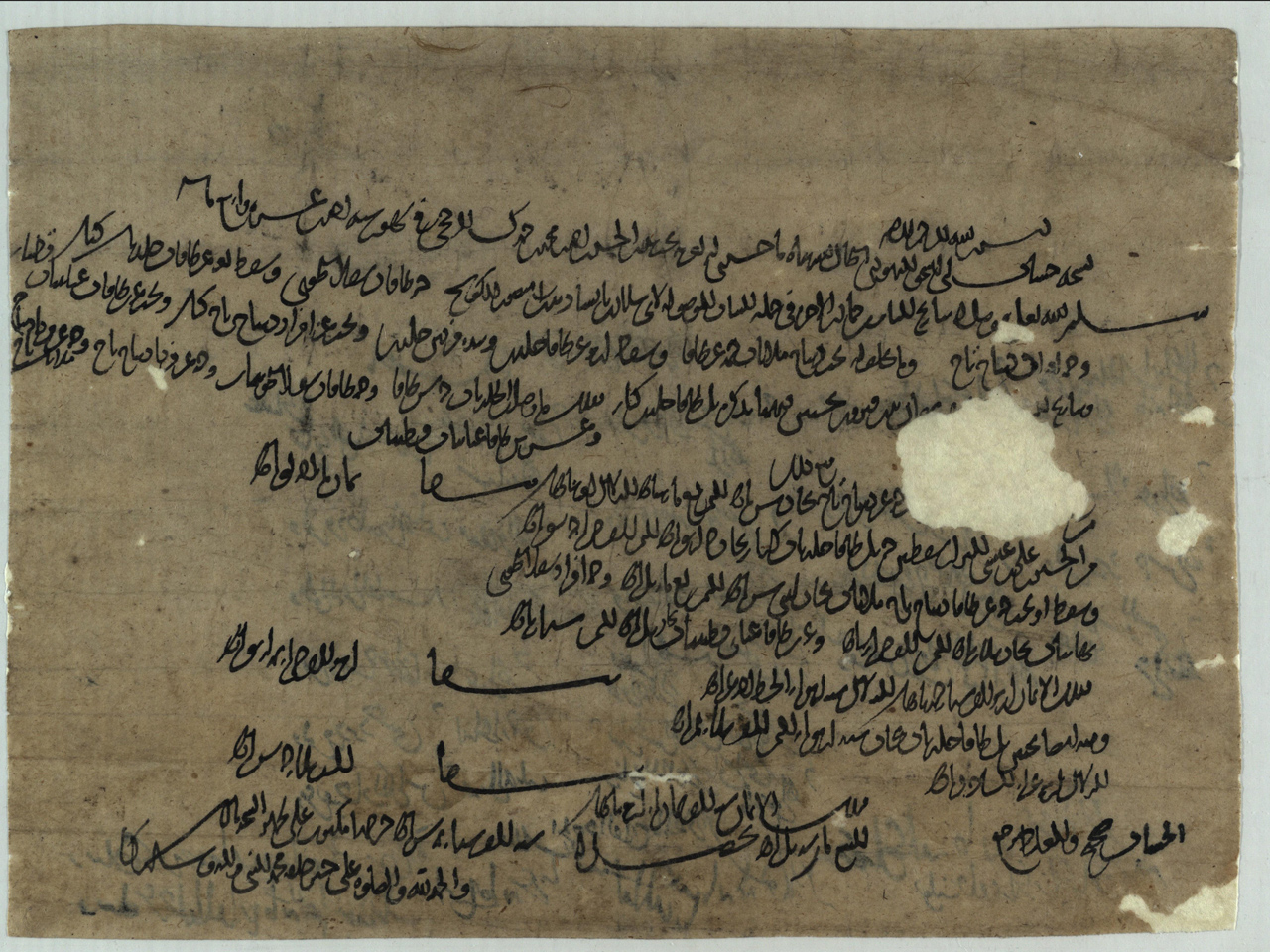 JERUSALEMA trove of ancient manuscripts in Hebrew characters rescued from caves in a Taliban stronghold in northern Afghanistan is providing the first physical evidence of a Jewish community that thrived there a thousand years ago.

Researchers say the "Afghan Genizah" marks the greatest such archive found since the "Cairo Genizah" was discovered in an Egyptian synagogue more than 100 years ago, a vast depository of medieval manuscripts considered to be among the most valuable collections of historical documents ever found.

Genizah, a Hebrew term that loosely translates as "storage," refers to a storeroom adjacent to a synagogue or Jewish cemetery where Hebrew-language books and papers are kept. Under Jewish law, it is forbidden to throw away writings containing the formal names of God, so they are either buried or stashed away.

The Afghan collection gives an unprecedented look into the lives of Jews in ancient Persia in the 11th century. The paper manuscripts, preserved over the centuries by the dry, shady conditions of the caves, include writings in Hebrew, Aramaic, Judea-Arabic and the unique Judeo-Persian language from that era, which was written in Hebrew letters.

"It was the Yiddish of Persian Jews," said Haggai Ben-Shammai, the library's academic director.

Holding the documents, protected by a laminated sheath, Ben-Shammai said they included mentions of distinctly Jewish names and evidence of their commercial activities along the "Silk road" connecting Europe and the East. The obscure Judeo-Persian language, along with carbon dating technology, helped verify the authenticity of the collection, he said.

"We've had many historical sources on Jewish settlements in that area," he said. "This is the first time that we have a large collection of manuscripts that represents the culture of the Jews that lived there. Until today we had nothing of this."

CBS News' Jere van Dyk reports it will most probably show, if the dates are true, that Jews and Muslims once lived together in harmony in Afghanistan, as they did at one point in the modern era. If the manuscripts can be shown to be older than 1,000 years or make references to previous centuries, then this will change many perspectives; Islam has only existed for 1,500 years.

There is a fascinating amount of writing out there on the theory that the Pashtuns are descended from a lost tribe of Israel. Kabul is mentioned in the Old Testament.

This discovery will put pressure on the Taliban who, while not anti-Jewish, are political and thus, like their mothers and fathers in the Mujahideen, are pro-Palestinian. They have adopted some of the anti-Israeli sentiment that comes from the Arabs who have been there, and are now in Pakistan, since the 1980s.

The documents are believed to have come from caves in the northeast region of modern-day Afghanistan, once at the outer reaches of the Persian empire. In recent years, the same caves have served as hideouts for Taliban insurgents in Afghanistan.

It remains unclear how the ancient manuscripts emerged. Ben-Shammai said the library was contacted by various antiquities dealers who got their hands on them.

Last month, the library purchased 29 out of hundreds of the documents believed to be floating around the world, after long negotiations with antiquities dealers. The library refused to say how much it paid for the collection, adding that it hoped to purchase more in the future and didn't want to drive up prices. The documents arrived in Israel last week.

Comparisons with the other find in Egypt are inevitable.

The Cairo Genizah was discovered in the late 1800s in Cairo's Ben Ezra Synagogue, built in the ninth century. It included thousands of documents Jews stored there for more than 1,000 years.

Ben-Shammai said it was too early to compare the two, and it would take a long time to sift through the findings from Afghanistan. He said they were already significant since no other Hebrew writings had even been found so far from the Holy Land.

He said the Jewish community in the region at the time lived largely like others in the Muslim world, as a "tolerated minority" that was treated better than under Christian rule. Afghanistan's Jewish community numbered as many as 40,000 in the late 19th century, after Persian Jews fled forced conversion.

By the mid-20th century, only about 5,000 remained, and most emigrated after Israel's creation in 1948. A lone Jewish man remains in Afghanistan, while 25,000 Jews live in neighboring Iran — Israel's bitter enemy.

The library promises the finds will be digitized and uploaded to its website for all to see.

Aviad Stollman, curator of the library's Judaica collection, said much more would be gleaned after intense research on the papers, but already it tells a story of a previously little known community.

"First we can verify that they actually existed — that is the most important point," he said. "And of course their interests. They were not interested only in commerce and liturgy; they were interested also in the Talmud and the Bible," he said.

"They were Jews living a thousand years ago in this place. I think that is the most exciting part."