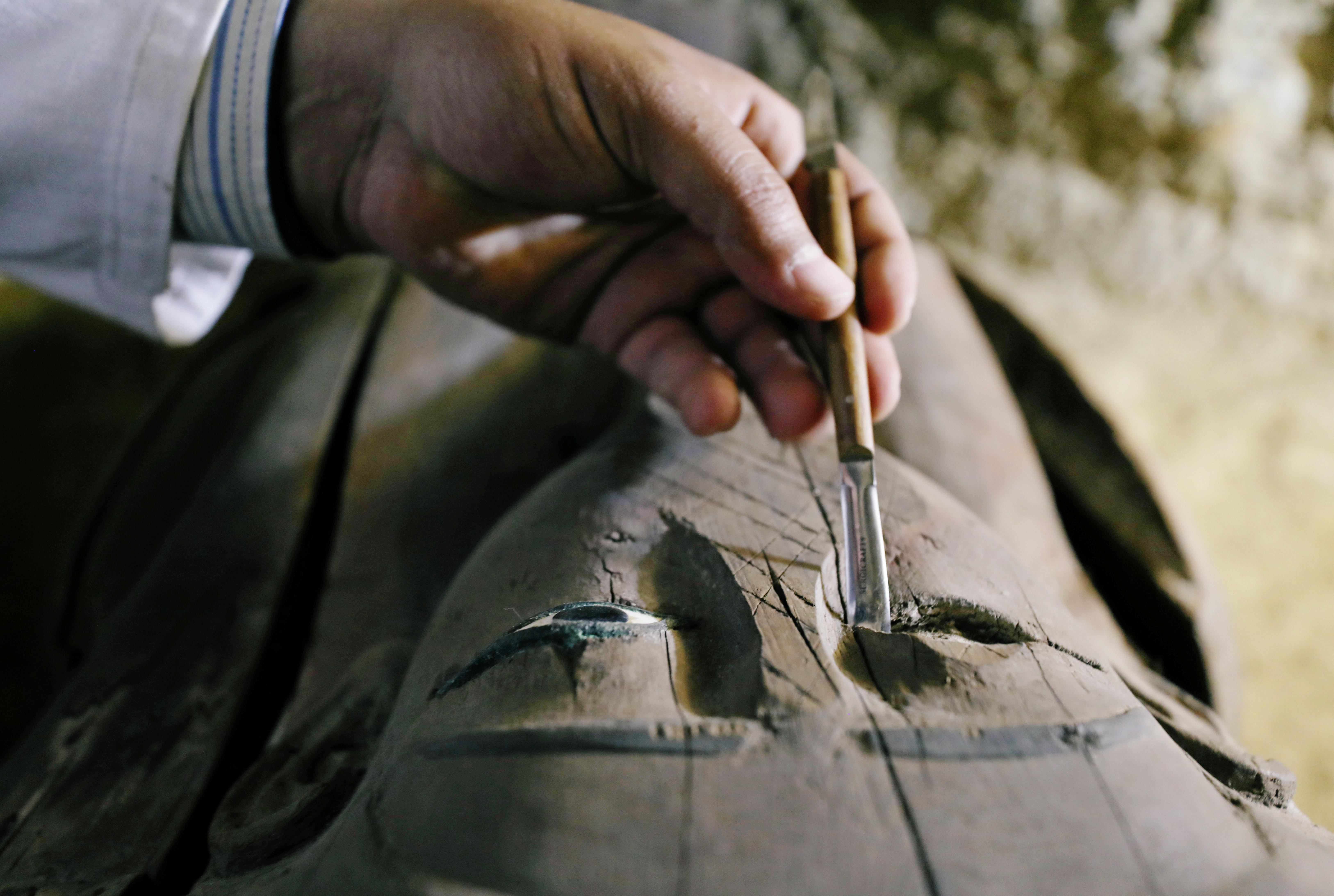 TUNA AL-GABAL, Egypt -- Egypt's Antiquities Ministry announced on Saturday the discovery of an ancient necropolis near the Nile Valley city of Minya, south of Cairo, the latest discovery in an area known to house ancient catacombs from the Pharaonic Late Period and the Ptolemaic dynasty. The large cemetery is located north of Tuna al-Gabal area, a vast archaeological site on the edge of the western desert. It hosts a range of family tombs and graves.

"We will need at least five years to work on the necropolis," Antiquities Minister Khaled al-Anani said, "This is only the beginning of a new discovery."

Archaeologists started excavation work in the area started late last year on a quest to find the remainder of the cemetery of Upper Egypt's 15th nome during ancient times. They found tombs belonging to priests of Thoth, the ancient god of the moon and wisdom.

One tomb includes more than 1,000 statues and four well-preserved alabaster canopic jars inscribed with hieroglyphics and designed to hold the mummified internal organs of their owner who was a high priest of the god Thoth. The priest's mummy was also found decorated with blue and red beads and bronze gilded sheets.

Archaeologists also uncovered 40 sarcophagi believed to belong to the priest's family members, some bearing the names of their owners in hieroglyphics.

Mostafa Waziri, head of the archaeological mission, said eight tombs have been uncovered so far and he expects more will be discovered soon.

"They still contain the mummified inner organs of the deceased. The jars are decorated with hieroglyphic texts showing the name and titles of their owner," Waziri told BBC News. "This is a message sent to us from the afterlife."

In 2017, the ministry found a necropolis holding at least 17 mummies in the area of Tuna al-Gabal. The area is also known to include tombs, a funerary building and a large necropolis for thousands of mummified ibis and baboon birds, as well as other animals.

Egypt hopes that recent discoveries across the country will help spur the vital tourism sector, partially driven by antiquities sightseeing, which was hit hard by political turmoil following the 2011 uprising.