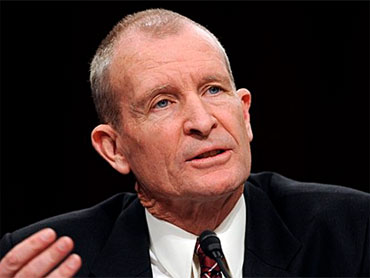 The White House never gave Adm. Dennis Blair the support a director of national intelligence really needs. The office doesn't have full budget and targeting authority, so it needs legitimacy, and that's something only the full faith and credit of the president can provide.

Blair just didn't get the politics of the job well. Early last year, he didn't know that his choice of Chas Freeman to head the National Intelligence Council would be controversial. The NIC produces formal analysis and estimates for policy makers. Blair didn't want a "yes man" in the job. Freeman, to him, was the most brilliant, most unorthodox thinker he knew, someone who would challenge his assumptions. Blair thought the guy who would write the National Intelligence Estimates should be a rigorous critical thinker. But Freeman is an opponent of the standard US policy towards Israel and makes no bones about it. Too sensitive for the White House, and chief of staff Rahm Emanuel was furious.

His two other big mistakes:

1. The decision to try and force Leon Panetta to defer to him in appointing station chiefs. Arguably, this was a battle Blair should not have fought, but he had no political person to tell him that it was a bad idea.

2. The battles he fought with Panetta over covert action. Blair is not a fan of the aggressive Predator Drone program. But Panetta, John Brennan and the White House are.

His meta-mistake - not really a mistake, but a reality: Blair proved not to be a good player of institutional politics. And he got no back up from the White House at critical junctures.

The final straw was the Christmas day bombing attempt and Blair's public mistake about whether the HIG teams should have been deployed. They were not ready, of course, something he hadn't realized. He knew that he would probably have to resign after the Senate Intel Committee released his report.

Early Thursday, Blair was told to expect a call from President Barack Obama later in the day. The call came about a half hour before ABC's Jake Tapper broke the story - before Blair had a chance to send out a good bye letter to the staff.

Blair arrived at a DNI that had already calcified, institutionally, and lacking support and authority. It proved too difficult for him to break apart firewalls. He was particularly unable to make much progress standardizing Information Technology across the intelligence community, which is absolutely critical. One reason: many IT departments were funded by the DoD or by entities that Blair didn't control. CIOs of various agencies didn't have the same authorities, either.

It's expected that a good chunk of Blair's staff, and top-level DNI managers, will be asked to resign once Blair's replacement is named.

The Atlantic's Marc Ambinder is CBS News' chief political consultant. You can read more of his posts in Hotsheet here. You can also follow him on Twitter.
View CBS News In