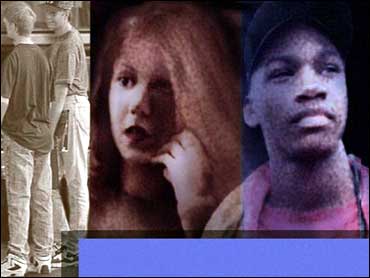 A disturbing new trend is playing out in emergency rooms across the United States: Kids try to get high on over-the-counter cough medicines, and they're overdosing on the drugs.

Says Dr. Nozicka, "I think, over the years, kids have abused cough medicines and cough preparations. In the 1970s, they had codeine in them, alcohol, and people would abuse those products. In the 1970s, dextromethorphan (DXM) was added as a much safer alternative and, in over-the-counter preparations, it is very safe.

"However," he adds, "they found if they take too much of the medication or take more than the prescribed or recommended amounts, they will get a high from that."

He describes DXM as "a medication similar to codeine and has the same effects as codeine has as a cough suppressant as contained in the over-the-counter preparations. In excessive amounts, it also can have mental status changes…and a high, just like you would (get) from a narcotic."

One of the more disturbing aspects: Kids are actually getting information on the Internet about the amount of cough medicine they need to take in order to get high.

Barbra Streisand: What You Never Knew

How old are these kids and how much cough medicine are they taking?

At his medical facility, says Dr. Nozicka, they are seeing users as young as 12 and ranging in age up to 16. Unfortunately, cough medications are perceived as being safe, because they're an over-the-counter preparation, and they're legal.

If your child has overdosed on DXM, the symptoms are similar to those that might occur with PCP:

If you suspect that your child has overdosed, it is a medical emergency and should be treated as one. Dr. Nozicka says you need to contact the medical authorities, call 911 or the medical access number for the paramedics, because the situation can become worse very quickly. "You can have coma or seizures from this, even death from overdosing on the medications," he adds.

Is there anything drug companies can do to limit the accessibility or change these products?

"One of the problems with the product is, it's a safe medication when ingested as recommended, and it's completely legal," explains the doctor. "What they're doing now is (mounting) an informational campaign to make parents aware, through the Partnership for a Drug-Free America and other similar programs, that these medications can be taken in excessive amounts and can produce disastrous effects. So education, I think, is the key."